3 Comments
Roosters in Dunedin’s residential areas may well dodge a blanket ban, but they will need to be careful not to crow about it.

The naughty and noisy could soon be in strife if their owners are in cloud cuckoo land about neighbourly relations.

The Dunedin City Council’s regulatory subcommittee has recommended a ban on keeping roosters in residential areas unless owners get written permission from the council.

In practice, the proposed change would make it easier for the council to push for solutions when problems became apparent, most likely through complaints from neighbours.

The onus would shift from the council having to prove there was a nuisance before requesting a rooster be removed, to the owner needing to show the rooster was not causing a problem.

Committee member Cr Sophie Barker said the council had to balance the rights of people to have pets with the right to a good night’s sleep.

Committee chairman Cr Andrew Whiley said the bylaw adjustment, if approved, was not aimed at people who did a good job of caring for their birds.

One young man devoted to that craft is Jaydean Washington, of Waldronville. 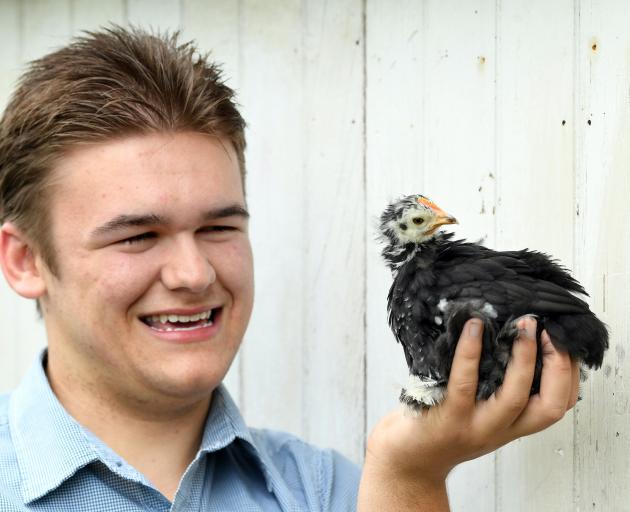 Caring for a 6-week-old rooster is Jaydean Washington (16), who told a Dunedin City Council subcommittee yesterday he had bred birds for a decade. PHOTO: STEPHEN JAQUIERY
The Dunedin Poultry, Pigeon and Cage Bird Club member warned the committee yesterday against an outright ban, arguing this could lead to some breeds becoming extinct and the hobby of heritage breeding being wiped from the city.

‘‘All of our club members are responsible owners,’’ he said.

Jaydean said after yesterday’s hearing he was optimistic they could continue their activities.

Tom Bliss, who had been through several years of interrupted sleep in Pine Hill, told the committee he supported some form of ban.

Waitati resident Mark Brown, a Waikouaiti Coast Community Board member, was wary of rules applying to residential areas with a rural character, where chickens were common.

Several speakers wanted more to be done to control cats, but central government had not allowed councils much room for cracking down, the committee was told.

The city council has been receiving complaints about rooster noise at the rate of about one every two weeks.

Council staff have not yet said what the rooster-owning permission process would involve.

Spend 4 years living next to a rooster whose owners outright refuse to keep it contained to their property and you’ll sing “hallelujah!” At this change.

Wait until you here the costs ... probably around $10k per chook by the time it goes through the consultation and rorting procedures 😉