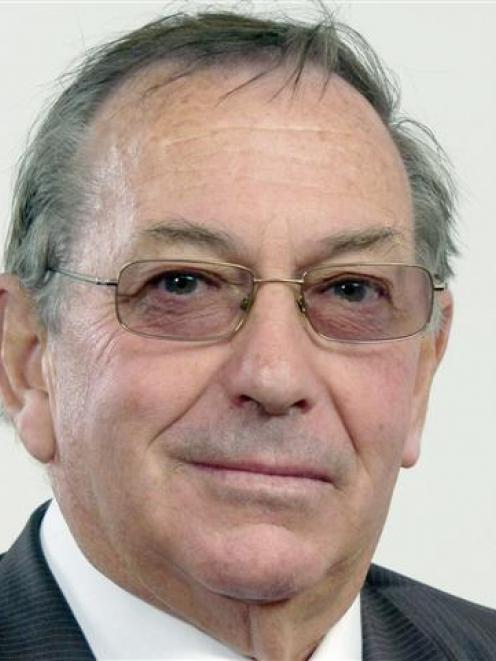 Colin Weatherall
The issue of quarrying on Saddle Hill is becoming increasingly litigious, as the Dunedin City Council seeks an injunction to stop work on the hill's ridge line.

The council alleges quarrying has taken place on the ridge line despite an agreement with the owner, Saddle View Estate Ltd, not to do so.

The council says the agreement was to not disturb the ridge line until the Environment Court considered an earlier application from the council for a determination on how much quarrying could legally be carried out at the site.

The council took legal action this week to seek assurance the ridge line would not be changed before the Environment Court hearing, which is now scheduled for next April.

The action follows what the council says is an apparent change in the quarry on the northern side of the ridge line of Jaffray's Hill, the southern hump of Saddle Hill.

Cr Colin Weatherall, who has been closely involved in trying to resolve the overall issue, said the council applied to the Environment Court on Tuesday for an interim enforcement order to prevent quarrying that further affected the skyline.

The council's primary goal was to have the hill's skyline protected from change, he said.

It recognised some quarrying work could continue while a final resolution was sought, but there had been "a gentlemen's understanding" between himself, on behalf of the council, and the quarry owner that the work should not compromise the skyline profile, he said.

The council was notified by a member of the public in September that quarrying had affected the ridge line.

However, Calvin Fisher, the sole director of Saddle View Estate Ltd, says there never was an agreement regarding the ridge line, and the company continues to quarry conscientiously.

He said the latest court action was typical of the council, which failed repeatedly to communicate with him, meaning he often found out about decisions the council had made only a few hours before they were made public.

"They only communicate when it suits them, for the agenda they've clearly arranged."

It had been fine in the past for a council-owned company to quarry the hill for material it needed for council projects on contract, but when someone else wanted to quarry it, it was a different story, he said.

When council staff started investigating quarrying activities on the hill in 2010, the company was asked to provide evidence to support claims it could continue quarrying in the protected landscape conservation area.

The council's application for a determination from the Environment Court on the legal rights of the quarry owner to continue quarrying on the site was lodged following failed mediation in 2011, and was to be heard next month, but will now be heard in April 2013.

Cr Weatherall said the council sought the injunction so it could be confident no more work would happen on the ridge line before then.

The delays to the hearing had made it challenging for all parties to feel assured they would get to court on a level playing field, he said.

A judge will rule on the injunction in due course.