By Rob Kidd
0 Comments
There is only one 21-year-old in the country who could be referred to as "Your Worship".

Bronson Blackbourn became New Zealand’s youngest justice of the peace when he was sworn in by Judge Emma Smith in the Dunedin District Court last week.

Why would someone so young want to take on such a role?

"I’m a very community-minded person ... so I thought I’d give it a shot," Mr Blackbourn said.

"It was an easy and selfless way to give back to the community."

It sparked the year-long process undertaken by all prospective JPs.

A letter, containing a nomination form and letters of reference, must first be sent to the local MP, and is then forwarded to the associate minister of justice.

There are interviews, background checks, three weeks of training and an exam, and if you make it through that minefield and the Governor-General gives sign-off, you are sworn in as a JP. 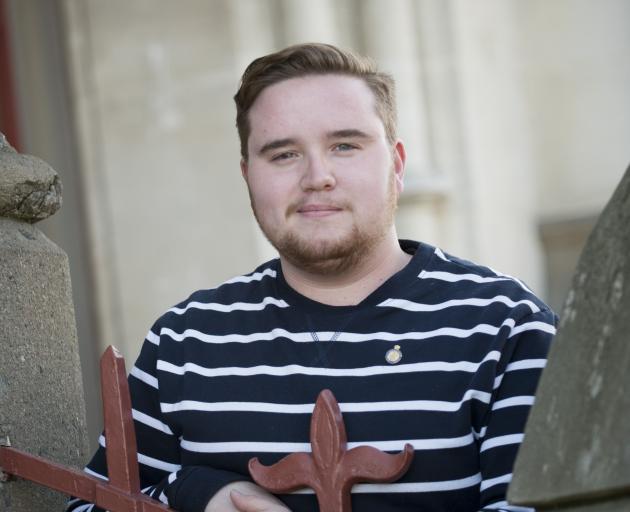 Bronson Blackbourn has been through a rigorous 12-month process to become a justice of the peace. PHOTO: GERARD O’BRIEN
While Mr Blackbourn — who is currently working two part-time jobs while taking a year off university study — had spent nearly a week with the jurisdiction to take declarations and swear affidavits, he was yet to perform an official function.

He considered certifying a copy of a mate’s driver’s licence to break the duck but opted against it.

"I’ll do it properly and wait for somebody to come to me," he said.

All new JPs are given a mentor and Mr Campbell reckoned he had an easy job with his newest understudy.

"Bronson will take about 10 minutes."