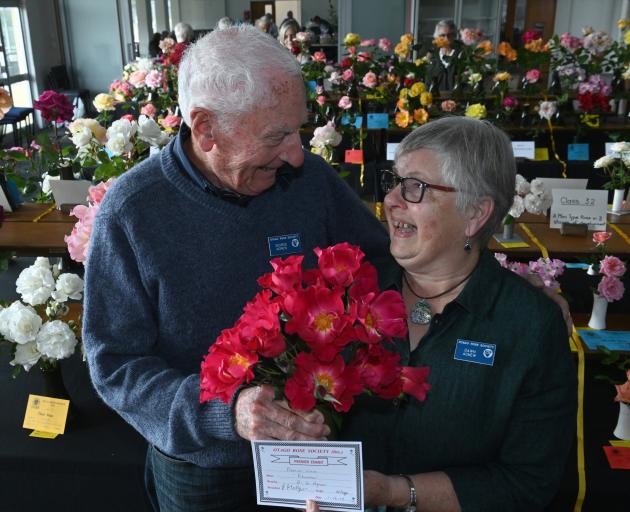 PHOTO: LINDA ROBERTSON
Mosgiel couple George and Dawn Agnew, who have bred roses for nearly 20 years, hold their own creation the "Rhumba".

Their bloom won the Premier Vase Exhibit prize at the Otago Rose Society’s 70th Anniversary Show, held at the Forbury Park Bowling Club at the weekend.

Mr Agnew said the couple were surprised and pleased to have won with the "Rhumba", a rose they created about nine years ago and which had been about a year in the making.

Show organiser Maureen Viggo said she was pleased with the number of exhibits, which was up from last year at 223 roses from 22 contestants.

However, the turnout from the public during the course of the weekend had been "disappointing" and she would have liked more people to have seen the floral entries.