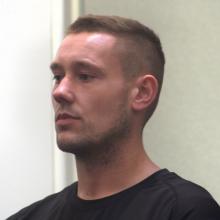 Their suspicions of drug-dealing were  confirmed.The 24-year-old pleaded guilty to 19 charges of offering to supply methamphetamine, five charges of conspiring to supply and two of supplying the class-A drug.

He was sentenced in the Dunedin District Court this week to two years, seven months’ imprisonment.

"You’ll understand the importance of getting yourself straight," Judge Michael Crosbie told him.

Intercepted text communication sent between him and his "numerous" suppliers and buyers showed he was heavily involved in the drug scene in South Otago.

But Judge Crosbie said it was difficult to know exactly how much meth passed through Miller’s hands.

"In cases involving offering and conspiracy charges, the court is often in a position where it cannot with a degree of certainty come down to what the overall amounts are and of course when multiple offers go out, it may be the case the dealer cannot in fact supply all those who accept," Judge Crosbie said.

"Equally, it might also be inferred that by the number of offers, a dealer is representing they are ready, willing and able to meet the market."

The defence suggested the amount of meth offered was about 8g, but the Crown said it could have been as much as 19.5g.

All parties agreed there was a commercial aspect to it, "although the results of the offending do not appear to be particularly lavish and he was at least to a degree subsidising his own use of the drug," the judge said.

Judge Crosbie said the defendant would not be dealt with so leniently if he came back before the court on further drug charges.

"The stakes get much higher," he said.