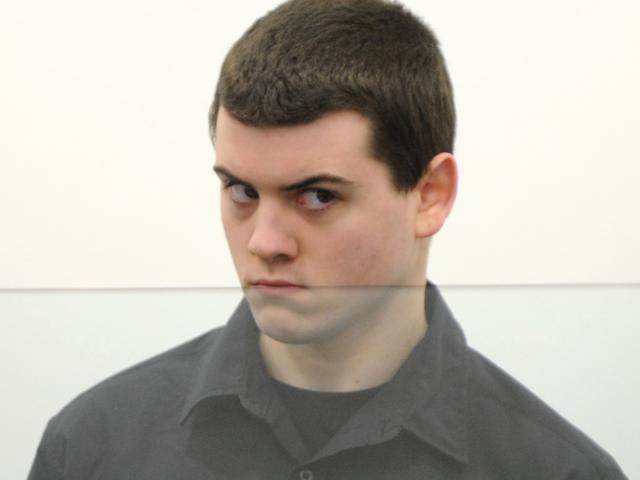 Alexander James William Merrit
The Dunedin cleaner who killed his boss in a brutal hammer attack was today jailed for at least 12 years.

Alexander James William Merritt killed 51-year-old Karin Ann Ross in the car park of the cleaning company the pair worked for following a workplace clash over his attitude in late 2015.

He was sentenced to life imprisonment with a minimum non-parole period of 12 years when he appeared in the Dunedin High Court this morning.

The 22-year-old, dressed in a black shirt, sat quietly and impassively as the Crown and defence made its submissions, only occasionally darting his eyes around the courtroom.

Merritt beat Ms Ross to death with a hammer early on December 2, 2015, delivering several blows to his victim's head while she lay on the ground.

Ms Ross was Merritt's supervisor at Spotless Cleaning Services. Merritt had developed ill feeling towards Ms Ross after she raised his lacklustre cleaning of some windows.

Merritt also had taken to parking his car in a disabled car parking space at the company's Strathallan St facility.

The evening before the attack Ms Ross gave Merritt a disciplinary letter detailing his perceived shortcomings, which would require a meeting with company bosses. In it, critically, was the threat of dismissal.

Early on the morning of the attack, dressed in dark clothing, he took a tack hammer to his workplace from his parents' Kaikorai home.

Ms Ross attempted to flee the attack, even trying to escape the scene in her work van.

But Merritt pulled her from the van and continued his attack.

“She was struck repeatedly as she lay on the ground,'' Crown prosecutor Robin Bates said at today's sentencing hearing.

Ms Ross sustained 15 blows to the head alone, and many others to her body.

Merritt, who has since been diagnosed as being on the autistic spectrum, sat emotionless as details of the attack were read to the court.

Mr Bates said the murder was premeditated and “entirely disproportionate to the perceived slight''.

He accepted Merritt's “mild'' autism was a mitigating factor in his offending and the Crown sought a minimum non-parole period of 14 and a-half years' jail.

His “grossly disproportionate response'' to the employment letter was as a result of a misguided fight or flight response to what he perceived as a “sudden, almost catastrophic invasion of personal space'' tied to his autistic view of the world.

He had not previously appeared before the court.