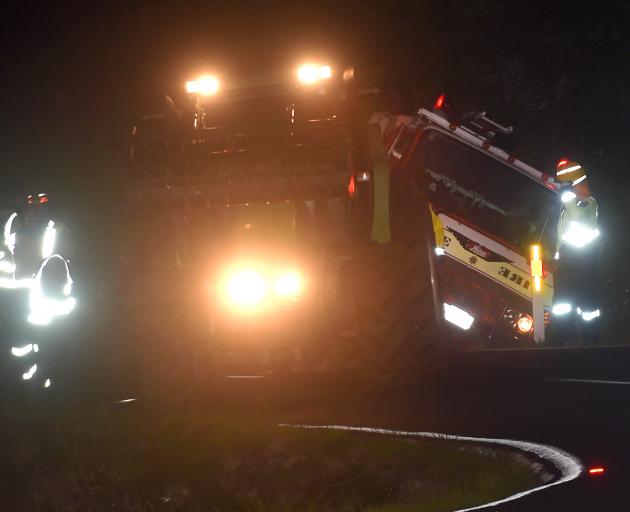 ''The lines came down and set a patch of grass on fire.''

He believed the appliance slid off Mt Cargill Rd near the Upper Junction intersection while trying to avoid the live wires.

A Fire Service spokeswoman said three appliances attended the fire which was put out late last night and the appliance was pulled out by tractor.