A man threatened to kill his wife while serving a sentence for an identical offence, a court has heard.

Paul Dennis Excell (40), a contractor from Taieri Mouth, was undergoing anti-violence counselling in July but it did not have the desired effect when he again clashed with his partner.

The victim was about to leave the house with her friend when Excell obstructed her, the Dunedin District Court heard yesterday.

He refused to give the woman her cellphone or wallet and said he had buried her bank cards where she would never find them.

The argument escalated as the victim tried wrestle her phone back.

Excell reacted by picking her up by the arms, dragging her several metres and "forcefully" throwing her on to the floor.

The victim left with her friend but later arranged for the defendant to meet them to collect his dog.

While there, Excell spoke to the third party about the relationship problems.

"Don’t get me wrong, by all means be a mate to her, you’re probably the only mate she has left," he said.

"If it wasn’t for you she probably would have killed herself, that’s if I don’t get to her first."

When the conversation moved on to the possibility of a break-up, Excell continued: "If she gets any of my money, I will kill her. I’ll kill her for definite."

When Excell was pulled over on the Southern Motorway soon after, he ran to the middle of the road and straddled the median barrier, threatening to dash in front of a moving truck if officers did not retreat.

He then ran across the motorway, scaled a fence and was eventually talked down by police.

Once at the station, it took several officers to restrain Excell when he was informed he would be charged.

Added to his criminal history, Judge Emma Smith said, was a terrible attitude.

She told the court Excell blamed both his partner and her friend for the offending and said the specifics had been exaggerated.

"Remorse? I see so little of it," the judge said.

"You say you’re sorry but just because you say it doesn’t mean I have to accept it, and I do not."

Excell had been living in a caravan at which he was unable to serve an electronically monitored sentence.

Only because of the support of the victim, Judge Smith said, did the defendant avoid a prison term.

"To imprison you would be to visit disproportionate harm on her and she deserves none of that," she said. 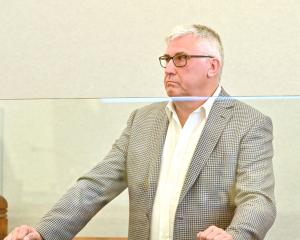 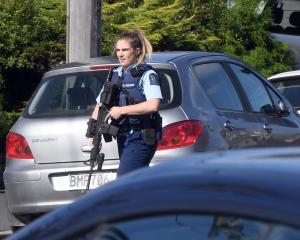 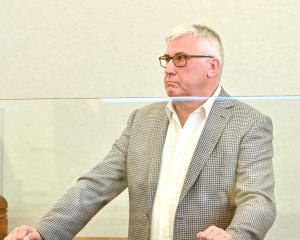 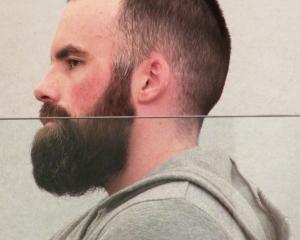