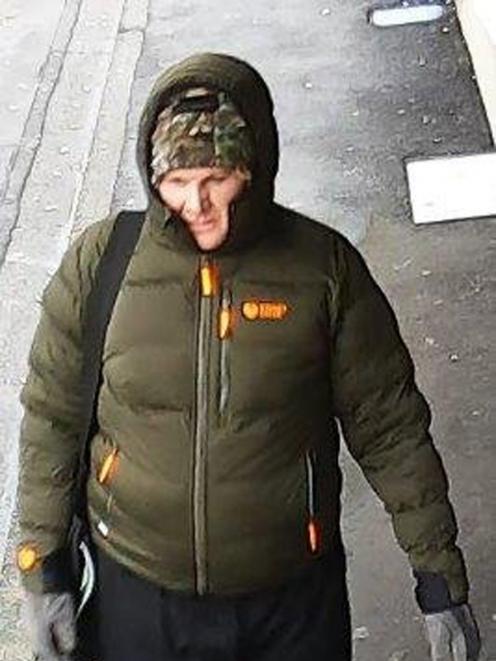 They included targeting a South Dunedin jeweller, where she threatened to shoot a man in the leg, an antique store in central Dunedin and a dairy in Mornington and the attempted robbery of an Ashburton antiques dealer at his home, where she was tackled to the ground and chased off.

Last year, the Parole Board released Williams despite a large chunk of the jail term remaining, noting that for a transgender woman, serving a sentence at a women’s prison came with "particular difficulties".

The taste of freedom was brief, however.

Within a couple of months, Williams went on a drunken Dunedin crime spree that involved shoplifting, a racist rant, wild driving and squeezing a police officer’s genitals because she found him "cute".

She also kicked a supermarket staff member who had confronted her for stealing wine and food.

The blow damaged the victim’s index finger and she told the Parole Board earlier this month it might require amputation.

Despite that, she said she was open to attending a restorative justice meeting with Williams and hoped she received the help she needed.

Williams was sentenced to 12 months’ imprisonment for the rampage but the judge ruled that should be served at the same time as her five-year term.

Williams came back before the Parole Board this month, again seeking early release.

But panel convener Kathryn Snook noted her behaviour behind bars had been problematic.

Williams had racked up three misconducts for possessing unapproved items, including phonecards, lozenges and beauty products.

She had also been in trouble for "diverting her medication", the board heard.

Threats to Williams’ safety in Christchurch Women’s Prison meant she had been moved into segregation and therefore could not participate in alcohol and drug programmes.

Without that addressed, the residence to which she wanted to be paroled was unwilling to have her, Ms Snook said.

Williams’ behaviour was formerly described as "entitled and demanding" and prison staff reported there were "abusive and immature dynamics" in the unit involving her and others.

The Parole Board heard her attitude had since settled.

A psychologist, though, still considered her as presenting a high risk of reoffending.

Before she could be released, she would have to address her "challenging behaviour and interpersonal style", they said.

Ms Snook said it was imperative Williams attend counselling for her addictions and a transfer to another prison might be necessary to enable that.

The next parole hearing was set for October 2021.