By Rob Kidd
0 Comments
A drunk truck driver who slammed into nine parked cars outside Dunedin Airport caused more than $140,000 of damage, a court has heard. 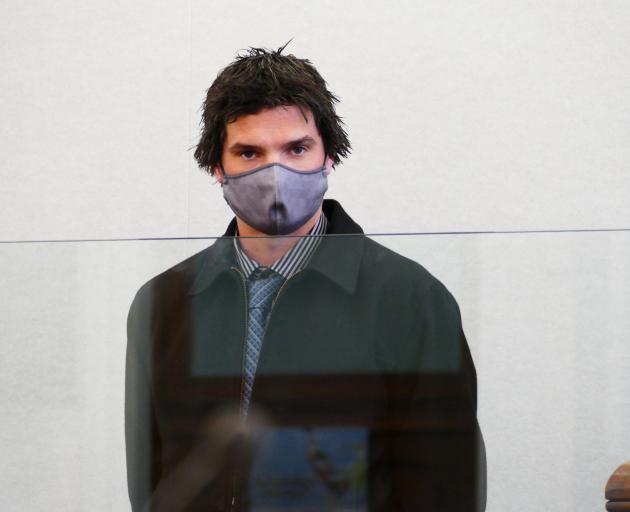 Michael Wardell (32) was banned from driving for a year over an early morning crash near Dunedin Airport in June. PHOTO: ROB KIDD
All the victims had been covered by insurance and police prosecutor Dave Tod said most were happy to “take it on the chin”.

However, Judge Peter Rollo said insurance companies might still pursue the defendant for their losses through the civil jurisdiction.

Wardell had his truck and trailer unit, weighing 50 tonnes, laden with bales of hay in Palmerston and had spent the night there.

Counsel Anne Stevens QC said her client drank alcohol in the pub and went to sleep in his cab at 10pm, before leaving without eating breakfast.

“It had not occurred to him he would be over the legal limit,” she said. 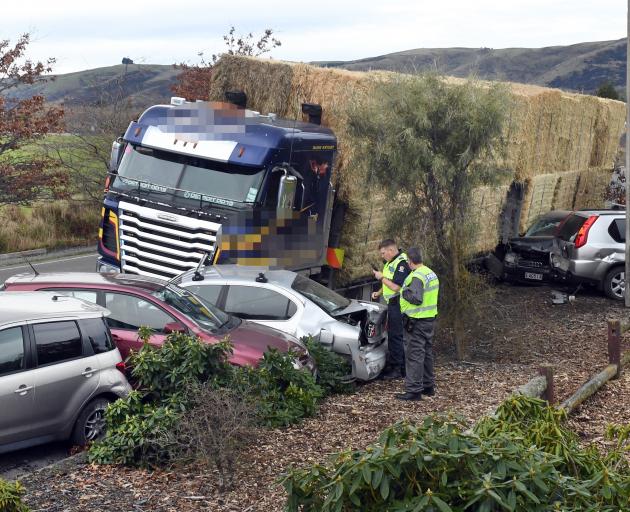 Nine cars were damaged when a truck slammed into them at Momona. PHOTO: STEPHEN JAQUIERY
“He really feels like he let his employer down.”

At 7.25am, almost 90 minutes into his trip to Outram, the driver rounded the sharp bend on State Highway 86.

He told police he was confronted by a car in the wrong lane and veered left to avoid it, which was corroborated by CCTV footage.

“That was to avoid an almost inevitable fatality had he struck that car,” Mrs Stevens said.

“Ploughing through those vehicles was a pretty horrific experience for him.”

Once Wardell hit the first parked car, his steering failed and the destruction snowballed.

Most of the victims’ vehicles were written off, Judge Rollo said.

Some of those affected were “philosophical” about the incident while others expressed their exasperation at the inconvenience.

References provided to the court spoke highly of Wardell and the judge said there was no suggestion he regularly drank to excess.

The defendant, who had a previous drink-driving conviction from 2009, was sentenced to nine months’ supervision and banned from driving for a year.

He was ordered to pay a total of $1504 reparation.

It might not be the end of Wardell’s woes.

Mrs Stevens said the NZ Transport Agency had contacted her client to inform him it was looking at removing his heavy vehicle licence, which had caused “huge stress”.