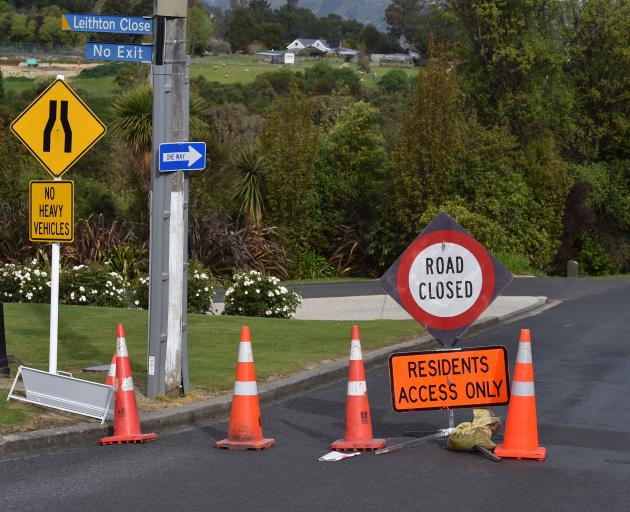 The accused appeared in the Dunedin District Court this morning and was remanded in custody until her next appearance on October 26.

She was granted interim name suppression until that appearance. The victim's name was also suppressed.

The 43-year-old was charged with murder after a woman's body was found at a Dunedin property yesterday.

Detective Senior Sergeant Rob Hanna, of Dunedin, said the body was found in the suburb of Glenleith.

‘‘Inquiries into the circumstances of the death are ongoing and police will not be in a position to release any further details of the victim until formal identification takes place.

‘‘The scene examination is continuing and is expected to take some time.

‘‘We appreciate the patience of all those in the area.’’

Family and friends of the victim gathered near the police cordon for much of yesterday.

The scene is in a secluded area of dense bush and is rough and difficult to access.

A car on the side of the road had been cordoned off, and police could be seen in white boiler suits, working around a blue tarpaulin.

A neighbouring resident said the owner of the property was overseas and it had been rented for quite some time.

Glenleith residents appeared to be rattled by the discovery. Most said it was a lovely area to live in.

‘‘In the 13 years we’ve lived here, a rabbit hutch went missing once. This is very surprising and very, very sad for those involved.’’

However, police had visited the house before, most recently during the recent lockdown, he said.

Another resident said he ‘‘nearly fell over backwards down the stairs’’ when he heard a body had been found at a nearby property.