A woman who was repeatedly abused by her partner says she feels ''broken'' by his violent and controlling behaviour.

Julian Sylvester Bellamy (32) appeared in the Dunedin District Court yesterday after pleading guilty to assaulting a female, possession of cannabis for supply and possession of a weapon.

Judge Michael Crosbie said the military-style, semi-automatic rifle with high-powered scope attached was clearly connected to the 200g of cannabis found at a Waiwera South address where police arrested the defendant on April 1.

They were called to the property because of the woman's fear for her safety, which she had expressed to family members that day.

Hours earlier, she had woken to Bellamy punching her in the face.

He hit her three times on the left side of her head and accused her of texting her ex-partner, the court heard.

The defendant pulled her by the hair to a bedroom and she sat on the bed while he stood over her.

Bellamy threw a large roll of tape at her which struck her on the nose, causing it to bleed.

Fearful of further blows, the woman - who had been in an on-off relationship with the man for five years - tried to shield her face with her hand.

In a statement to the court, the victim said Bellamy had always been controlling to the point where he restricted her use of money.

''I feel he's broken me and taken away all my happiness,'' she said.

There had been previous instances of violence when she had not gone to police, she said.

The victim told the court she was anxious every time she arrived home and had become a more insular person to try to keep her partner happy.

Judge Crosbie noted Bellamy inflicted a similar attack on the woman in November last year, when again he went berserk in the middle of the night, threw objects at her and accused her of infidelity.

When police arrested him they found the weapon under a mattress, ammunition in another bedroom and bags of cannabis.

Despite there also being scales and a large number of unused plastic bags, Bellamy claimed it was for personal use.

The judge was encouraged by the defendant's commitment to treatment for his underlying issues but had lingering concerns.

''The acid test I suppose is whether a leopard can change its spots,'' he said.

A letter written by Bellamy suggested not. He claimed the victim had made false allegations against him in the past to further her own interests.

The judge said Bellamy did not truly ''own his offending''.

The defendant was jailed for two years' three months and a protection order was granted on behalf of the victim and her child. 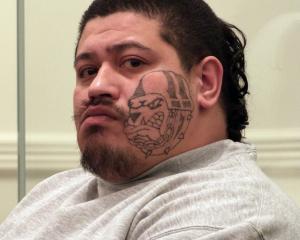 Use of Taser in Dunedin police cells not justified, authority finds 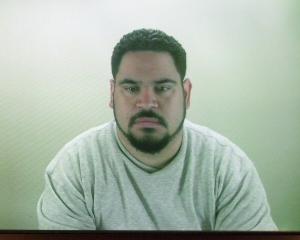 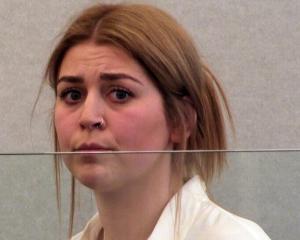 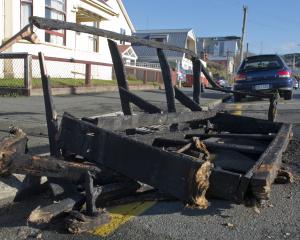