DCC not swayed on stadium 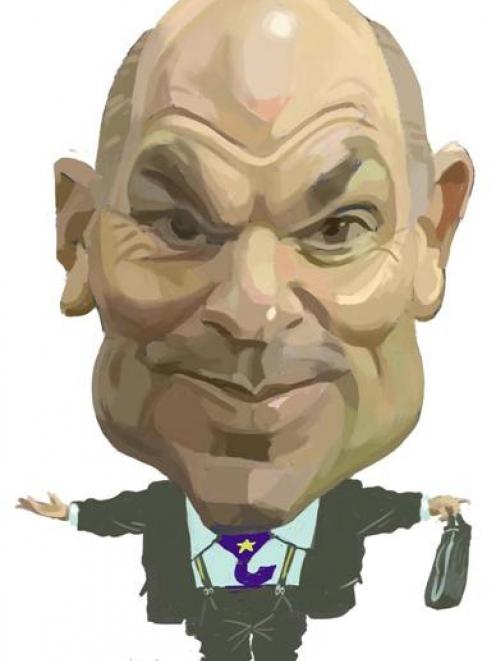 Rodney Hide
The Dunedin City Council yesterday effectively ignored one of two resolutions carried at Sunday's Stop the Stadium-organised meeting, meaning the Dunedin public will not get a further chance to put their views to the council before a contract to build the stadium has been signed.

The other resolution passed at the public meeting had a slightly better response yesterday.

It called for Local Government Minister Rodney Hide to come to Dunedin to examine the processes behind the stadium and Mr Hide said he was happy to come - but warned it would take a major transgression for any investigation to be launched.

At a council meeting yesterday, Greater Dunedin councillors Chris Staynes and Dave Cull moved the council delay signing a contract to build the stadium until after public consultation.

Their intent was signalled late last week and was echoed by the resolution that received resounding support from the 1800 people who attended Sunday night's meeting in the Town Hall.

In the notice of motion section of yesterday's meeting, Cr Staynes moved "that no binding contract to construct the new Awatea St stadium be signed prior to the recommendations of the community plan hearings committee on this project being considered and adopted by the council".

Submissions on this year's plan close on April 15, and hearings begin on May 4.

The stadium is likely to attract the majority of submissions.

The council is expected to decide on April 20 whether to sign a contract with Hawkins Construction to build the stadium (see report page 4).

Yesterday's council meeting voted to make public a legal opinion on whether consultation was necessary, and a confidential memorandum on the matter from legal firm Anderson Lloyd was released.

The memorandum noted chief executive Jim Harland had advised the firm that since last year's annual plan consultation, while there had been "slight changes to the project and funding sources, overall the changes do not materially change the project from that consulted on".

Anderson Lloyd's opinion was that it agreed with and supported that advice.

"We consider it is lawful for the council to sign the construction contract before the new long term council community plan (LTCCP) is finalised in 2009.

"This is because the project is materially the same as that included in the current LTCCP (as amended in 2008)."

Cr Dave Cull last night said he "strongly disagreed" the changes were not enough to trigger consultation, and thought that was something Mr Hide could consider.

Deputy mayor Syd Brown said the motion would create a precedent the council would regret.

If the precedent was set, the council would have to reconsider projects like the Tahuna wastewater treatment work and roading work on the peninsula.

Cr Cull responded those projects had not changed like the stadium had.

He said "a good number" of people had lost faith in the process.

"We have set conditions and not met them.

"We have broken faith as a council," Cr Cull said.