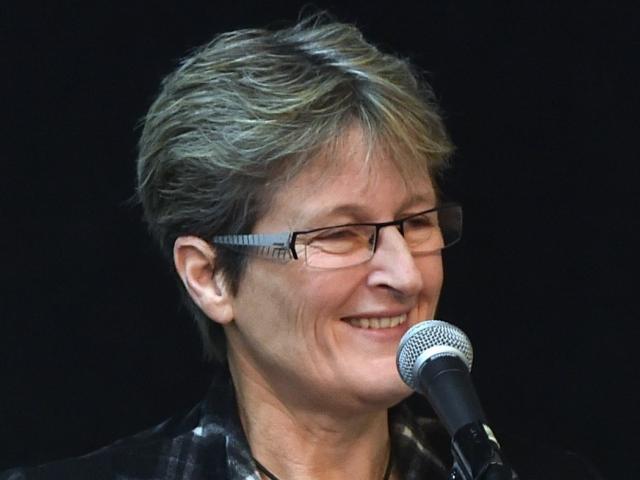 Sue Bidrose.
An independent assessment of Aurora Energy has found the lines company’s board is working to fix the problems it inherited, after years of underinvestment.

‘‘This network should never have got itself into the state it has but it did,’’ Mr Stevenson wrote.

‘‘There are still risks to public safety in parts of the network because rehabilitating the network will take some time.

‘‘The board, executive and staff of Aurora are working as hard as they can to get it right and are up to the task.’’

Dr Bidrose commissioned the report late last year to determine whether the council and Dunedin City Holdings Ltd could have confidence in the improvements being made by Aurora.

It followed strong criticism of the council-owned company after it revealed a three-year, $400million programme to tackle ageing electricity infrastructure in Dunedin, Central Otago and Queenstown last November.

That would come with power price hikes of up to $500 a year for some customers.

The report considered the actions taken by the incoming Aurora board and executive from early 2018, and whether they addressed issues around its asset management and establishing a path to having a safe and future-proofed network.

Mr Stevenson said Aurora had ‘‘taken great pains to report completely and accurately’’ on the implementation of the recommendations of the 2016 Deloitte report.

The Deloitte report found there had been an under-investment on asset inspections, condition monitoring and maintenance over the previous 25 years and made 22 recommendations for improvement.

By 2017, 19 of those recommendations had been implemented and the remaining three were under way.

The current board and executive revisited some of the actions taken and had gone further, based on more up-to-date information on network asset condition gathered in 2018.

Mr Stevenson said the council could have confidence Aurora was working to reduce critical risks and was developing the culture required to deliver a safe and reliable network.

In terms of lines charges, Aurora had committed to complying with those recommendations and was preparing an application to the Commerce Commission for a customised price path.

That was a binding way of funding the level of investment required to make the network fully compliant.

‘‘Aurora has achieved a great deal of change already, but this is a big task and will take some time yet to complete.’’

Council finance committee chairman Cr Mike Lord said it was a ‘‘relief’’ to read the report.

‘‘It’s good for the people of Dunedin to be able to put these ongoing concerns to bed.’’ 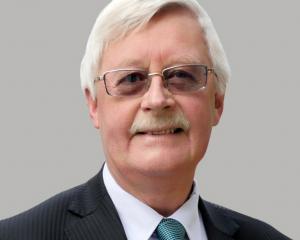 ‘‘It’s good for the people of Dunedin to be able to put these ongoing concerns to bed.’’ Except, Mike, for the increasing charges being levied on it's clients by Aurora to cover the DCC's fleecing of its investment capital. I wonder what they spent it on?

And of course the pole out front still swinging in the wind......but to mention that would prove me tardy *smirk*

I'm amazed. No councillor - save Vandervis and Elder ever engaged with me over this debacle. One insisted that I reduce the entire billion dollar plus mess to a single bullet pointed page before he would even look at it. Yet here we are and apparently that same person can read the fifty odd pages that I'm told the report consists of.

I say "I'm told" because no one, not the author, Bidrose or the council felt it necessary to send me a copy. I have a long email trail with Stevenson pointing out to him that sending the report to Aurora for "fact checking" before release and not also providing me with the same opportunity was outside the principles of natural justice. He replied that "your point is not lost on me" and undertook to ask Bidrose to give me a chance for "fact checking" too.
Apparently that request fell on deaf ears. I understand that my name appears more than thirty times in the document, that others, including government agencies, have described it as full of holes and factual errors. Indeed I've seen excerpts where that is absolutely the case.

Councillor Lorde, if you want the truth - and not an expensive and error ridden fairy tale - please get in touch.

Great, an over paid DCC chief executive commissions a report to say Auroa are doing their best. Well, looking at their salaries they jolly well should be. For goodness sakes, this is a council owned asset, funded by RATEPAYERS. what a damned mess. I'm sorry, but hey, you lot are pigs in trough, the ratepayers trough. We face constant increases, and you lot personally swim in pools of money lollying about at a desk talking prattle. You justify this stating 'competitive market for suitabily qualified and talented staff'. I see people doing far greater things on far less income, income they actually earn. You should all be ashamed of yourselves. You kid yourselves into self importance. Makes me blardy sick! We're not an endless source of money. Try these tactics in the public market and see how you get on! I just want to swear right now!!!! Hey, lets just have another report about the jolly obvious shall we.......keep at them Richard, you know more than most.