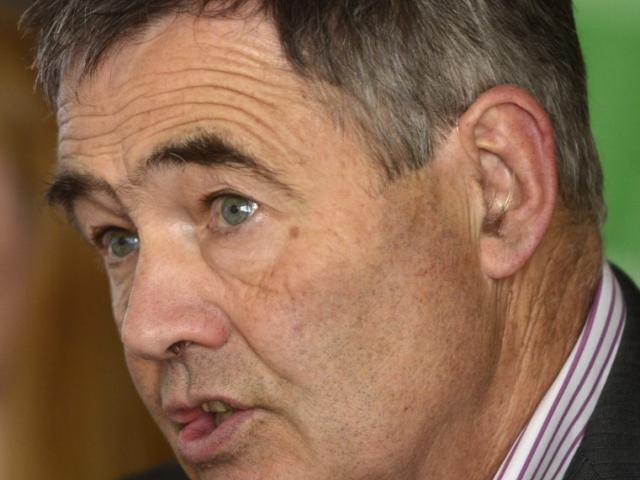 Dave Cull: 'When you're a public figure and you're dealing with matters of some import you have to be forthright.'
Local Government New Zealand president and Dunedin Mayor Dave Cull has apologised to the Taxpayers' Union ''for any confusion'' about an article he penned in August.

But Mr Cull, who has been required to issue a number of apologies during his term as mayor, says he does not plan to tone down his language.

''When you're a public figure and you're dealing with matters of some import you have to be forthright.

The latest apology came after an August 23 opinion piece he wrote that appeared in the Dominion Post and other media about the Taxpayers' Union 2017 ratepayers' report.

Mr Cull said in a press release the organisation objected to two sentences in the piece about analysis work conducted in 2014 he said was withdrawn because it contained errors.

However, the union had told him the work was taken down because it was out of date, and he had asked the Dominion Post to delete the references to the work undertaken in 2014.

''LGNZ apologises to the Taxpayers' Union for any confusion,'' the organisation said.

However, LGNZ stood by its concerns about ''the utility and relevance'' of the 2017 ratepayers report.

''He got the basic facts totally wrong.''

The union said it accepted Mr Cull's apology and financial payment as full and final settlement of the matter.

2012: Mr Cull apologises and contributes $29,000 to legal fees of former Otago Rugby Football Union members Laurie Mains and Wayne Graham. The pair began defamation proceedings after the mayor questioned the performance of the union’s former board in a Radio New Zealand interview.

2013: Mr Cull apologised for comments in which he characterised the Dalai Lama as ‘‘the leader of a minority sect’’.

2017: Mr Cull pays Cr Vandervis $50,000 payment but issues no apology after a defamation case was settled without a jury trial. The issue followed a heated exchange during a council meeting in 2015, when Cr Vandervis claimed to have paid a backhander to secure a council contract in the 1980s.

The ORFU was bailed out by The City. That may have had something to do with the Mayor's comments on air.

The Dalai Lama is the spiritual leader of Tibet. Whether or not that is a minor sect depends on how you feel about Tibet.

Time to engage brain before opening mouth Dave, this is costing the ratepayers no doubt a lot of money.

Was this matter litigated? Otherwise, how is it the Taxpayers Union received costs from LGNZ? Can anyone wrongly mentioned in media seek 'costs'.