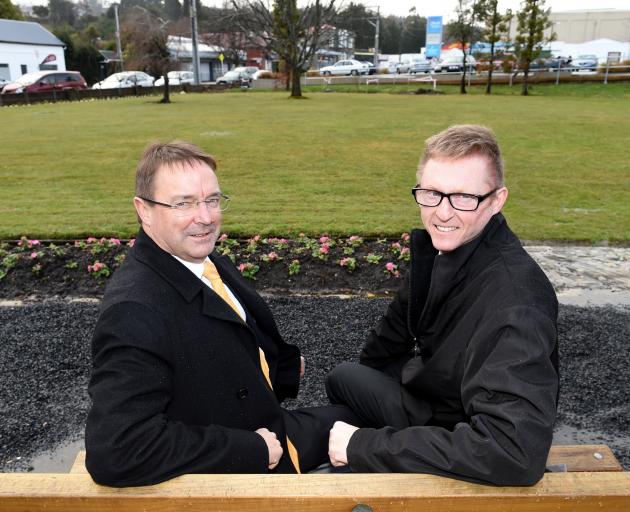 Green Island School principal Steve Hayward makes that point, and is keen for a corner of Green Island Memorial Gardens, near the Fresh Choice Green Island supermarket, to be used as a playground.

He emphasised that he also supported the dog exercise areas, and had no objection to the two dog exercise facilities at Shand Park, Green Island, including one for the exercise of smaller breeds.

There was "no suitable children's playground here in Green Island'' as a general access space for young children and their relatives to use readily, he said.

These youngsters would be the ratepayers and citizens of Green Island's future.

"We've got the community backing. Everyone's feeling positive about it,'' he said.

"Everyone at the moment that we've talked to about it is in favour of it.''

Mr Hayward said Green Island community Constable Fred Jansen had initially raised the idea, and the project had been under consideration by community organisers over the past three years, with planning further developed over the past two years.

Project organisers were talking to the Dunedin City Council, the owners of the gardens, about what was needed to make the project a reality.

Mr Hayward envisaged an area covered in an artificial surface, with at least half a dozen items of playground equipment and catering for youngsters aged between 1 and 6.

The aim was to develop the park, protected by fencing and a double gate, where youngsters could enjoy playground equipment, such as swings and slides.

This would become a "fantastic'' activity area, where local people could enjoy a take-away coffee on one of the seats that would be provided, while their young relatives played on the nearby equipment.

Green Island was a vibrant place with a good shopping area and a playground was needed to add to the area's facilities, he said.