No more flooded homes and a rates freeze

What do you know about the 11 candidates who are contesting the 2016 mayoral election? David Loughrey puts the questions to Cr Lee Vandervis. 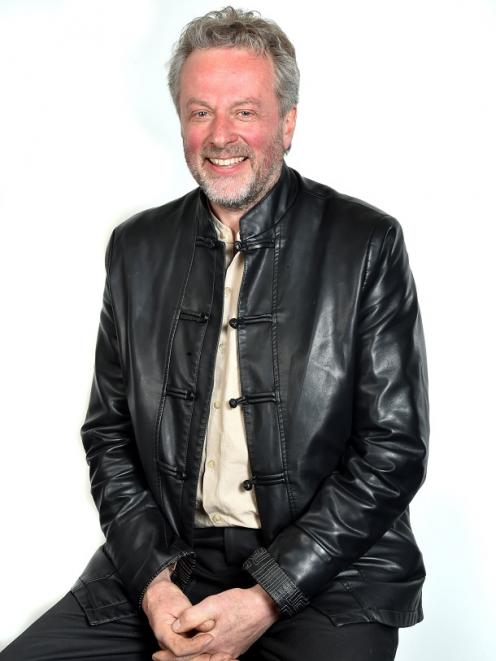 Three-term councillor Lee Vandervis is not backward in coming forward to say he is the best man for the job of Dunedin mayor.

Perhaps his biggest promise this election is "no more flooded homes", but he has also promised a rates freeze for the next three years, and wants to sell council-owned company Delta.

Cr Vandervis is campaigning with talk of cover-ups, but this time has dropped his call for mass redundancies at the Civic Centre.

Because I believe I am the best mayor available for Dunedin.

The DCC is arguably the biggest business in town.

I have 30 years of successfully managing businesses; in England other people’s, in New Zealand my own.

I’m able to get very good results from people.

I can see who’s got the skills and promote people on merit.

First, very easy; give the people who operate the Tainui sewerage pump out to sea express direction in a state of emergency to switch the damn pump on.

It can move Moana Pool every five minutes, apparently.

The second thing that will take a little more time and some money will be to put a second screen and independent pumping system at the Portobello Rd pumping station.

To have all of South Dunedin reliant on one single screen is obviously a design bottleneck.

You have promised no more flooded homes and the three-year rates freeze. How can you do both?

All the homes I sandbagged that night would have easily kept dry floors if the pumping screen had been unblocked.

You believe proper maintenance of infrastructure and an unblocked screen is enough to stop homes being flooded?

It would have been enough to stop that level of flood.

There is a higher level of flood that I believe we need a second screen for, and that will obviously cost money.

We are also still under-investing in drainage.

Currently drainage in the annual plan is $2.2million, while depreciation is $2.6million.

I will want to bring that up to at least $2.6million so we’re at least maintaining what we’ve got, plus the extra screen.

How can you pay for that without raising rates?

The bureaucracy will have to live within its means. The DCC will still have plenty to spend on new development when we prevent waste and tighten up awful contracting regimes.

For instance, don’t pay mud-tank contractors for doing nothing as we did in 2011.

There’s a good chunk of your screen paid for.

But we still have to pay the people who are actually doing it [cleaning mud-tanks].

Well no, nobody did it, and we kept paying them.

But they are doing it now, and that money still has to be paid to whoever is doing it.

They are doing it now, but we are getting value for it now, and the value we are getting for it now is we are not going to end up with a whole lot of stuff on the screen that’s going to cost $200 million worth of damage in South Dunedin.

We tighten up the contracting system so we’re actually going to get something for that money — I agree there’s no extra money in that particular bit — but also sell off liabilities like Delta.

Delta is not an asset; it has been costing us millions.

We will have no more cycleway experiments, and we’ve got quite a few property liabilities not making us any money.

Reducing our interest costs — that’s $15million a year — we could afford a Mosgiel swimming pool every year if we got rid of the DCC part of that debt.

Incompetent management of infrastructure, particularly the flooding of South Dunedin, Mosgiel and Brighton.

All of it avoidable, all of it covered up, blamed on everything from global warming to impermeable surfaces.

Those are the infrastructure issues.

Do you see more serious issues in terms of sea-level rise etc, on the way?

Because sea-level rise is not something that we need to worry about short-term.

It’s coming, it’s small, it can be dealt with with pumps.

You have begun legal action against Mayor Dave Cull, and have had other run-ins with him and with staff. Are you able to work effectively with others to get what you want?

If I hadn’t been publicly active, in fact quite provocative on these issues, chances are nobody would have known about any of these issues, and those frauds and losses would still be going on.

I have tried to have these issues dealt with quietly by staff; mostly that doesn’t happen.

In the past you have called for significantly reduced staff numbers at the council — do you still want to do that?

No I don’t still want to do that at this stage.

Council, and largely because of my efforts as well, has had an unprecedented number of changes in senior staff in the last few years.

We have had a complete clean-out at the top.

Further cleansing lower down is required, but I think morale is now so low on the city council, and because we have good new managers, it’s not going to be necessary to have any job cuts.

The city council is in cover-up mode on any problem it has.

It puts so much energy into covering up, there’s nothing left to actually fix the problem.

I see Dunedin as being able to develop most of its education and medical facilities.

Rather than look at not losing them, we need to develop them and re-purpose them in order to ensure a long future.

Winston Peters is someone I voted for and [Dunedin North Labour MP] David Clark.

Fundraising is down to anybody who wants to donate anything to the cause.

Essentially I fund things myself.

I’ve done a bit of door-knocking.

I go to business lunch rooms and talk to people at their workplace.

That’s where I get the best feedback in terms of what people really want and what they hope for in a mayor or councillor.

Employment history: Worked as manager and production manager in music and audio businesses in London, then started Vandervision in Dunedin.

You are a good man, Mr V. I'm just a bit wary of 'cleansing' as a model of practice. Do you mean job losses, improved and fiscally responsible systems at Council under Ruth's effective management, or do you mean cleansed as in Born Again? I'm sorry, but it's just the pipes and stuff, staying put and a nice hub would do, really.