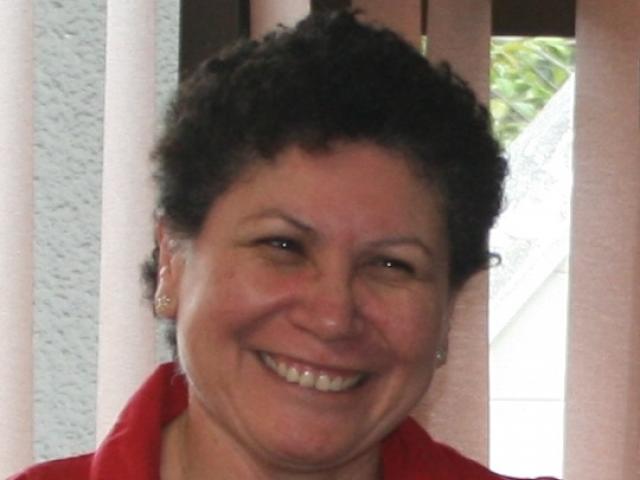 Joy Gunn
A Dunedin car park will be converted to a temporary camper van site in February to cater to an influx of visitors for several high profile events.

About 35 parks will be available for self-contained camper vans at the Victoria Rd car park next to the Dunedin Ice Stadium from February 1 to 11.

Dunedin City Council events and community development manager Joy Gunn said the extra camper van parking would help ease demand for accommodation during what was expected to be one of the busiest periods the city had experienced.

‘‘The Otago Community Trust New Zealand Masters Games and the Queen and Elton John concerts coincide with Dunedin’s busiest month for visitors and freedom campers, as well as the return of the city’s 20,000 students, so we’re expecting a record number of people in the city.”

No facilities will be provided at the site and the Moana Rua Rd entrance will be closed as it is unsuitable for large camper vans to enter.

Part of the car park will be set aside for people using the ice stadium, to ensure Masters Games competitors and supporters can park by the venue.

Praise where praise is due. Excellent to see Councils acting proactively like this. Porirua City Council is another that regularly does this when there are big events on in Wellington- a quick train ride away. Also pleasing to see credit being given to Campers that are self contained and not certified as such. Wonder how long that will last if NZMCA members are controlling it? Of course the most Responsible campers are those which have been accredited under Responsible Campers Association Inc's program, as not only are they educated in essential of self containment but also in the expectations and principals needed to camp in a responsible manner. These accredited Campers are not certified and are free after being educated to determine what they need to retain waste themselves therefore making the Accreditation available to all campers, even travelers can take the program to should they also are responsible while travelling around. Programmes that place the responsibility on the people camping are the only way ahead. History of over 25 years has shown, placing the onus on the camping vehicle and facilities that need to be fitted to it does nothing to ensure Responsible Camping.

Good Morning Joy.
I have been asked to write and praise you for being pro-active in supplying additional overnight parking for self contained vehicles during events scheduled for February 2020.
This approach is also regularly taken by Porirua City Council, when major events are happening in Wellington City - a 25 minute train ride away. They also allow over-nighting for non certified self contained campers and put out a number of extra rubbish bins. This appears to migrate any potential problems. There are public toilets at the site.
Acknowledgement is also given and praised, that you are not insisting on self containment certification. It is now being acknowledged that self containment certification breaches the Bill of Rights and does nothing to ensure Responsible Camping. How can it when its focus is on facilities within a camping vehicle? In fact no education is provided at all !!
You may have recently become aware of the Responsible Campers Accreditation program developed with help from many Councils, in fact I understand Dunedin City Council was active in some areas of that development. These are the most Responsible Campers of all,