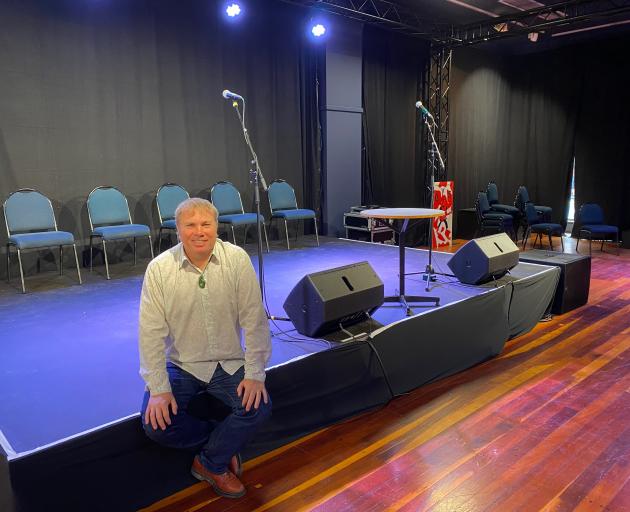 Dunedin Fringe Arts Trust director Gareth McMillan at Te Whare o Rukutia theatre space in May. PHOTO: BRENDA HARWOOD
The Dunedin City Council has declined a grant application for a theatre space, despite fears that without the funding the project will shut down.

The council’s grants subcommittee voted this week against the application for $80,000 to support theatre space Te Whare o Rukutia, which was established last year.

Dunedin Fringe Arts Trust applied for the grant through the City Service, City Projects scheme to support the operational costs for the theatre.

The space was founded to act as an affordable, fit-for-purpose venue for performing arts productions.

It was designed to address a shortage of venues within the city.

The fringe trust declined to answer whether the theatre space would close as a result of the decision.

Last year, it gained funding during a pilot phase from a range of sources, including the council, Creative New Zealand Nga Toi a Rohe Arts in the Regions Fund, Otago Community Trust and the Alexander McMillan Trust.

It received funding from the City Service, City Projects scheme in 2018.

Trust director Gareth McMillan said the trust was told the application’s lack of success was not a reflection on the quality of work.

The trust would continue to work with the city council to move forward with the Te Whare o Rukutia project, he said.