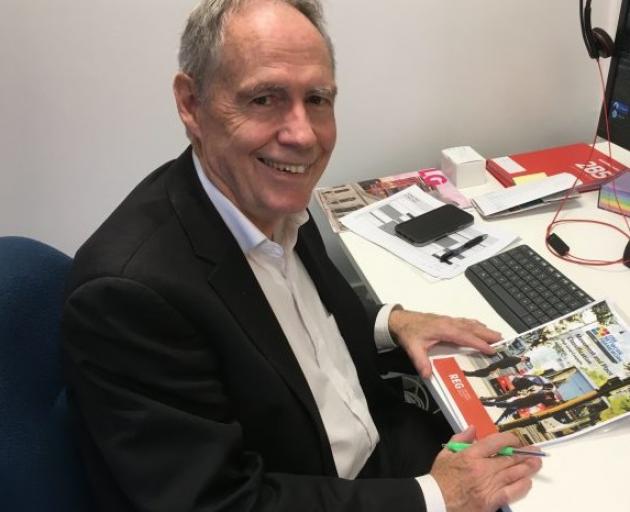 Jim Harland has had a distinguished career in the public sector. Photo: North Canterbury News
The chief executive of the Waimakariri District Council, Jim Harland, has resigned for health reasons.

Mr Harland has held the position for 15 months and his decision to step down follows a long and distinguished career in the public sector.

Previously he was Dunedin City Council chief executive for 11 years, then moved to Waka Kotahi/The New Zealand Transport Agency as director of relationships, before taking up the position with the Waimakariri council.

Waimakariri Mayor Dan Gordon said in Mr Harland’s time with the council he had successively led the organisation through the Covid-19 pandemic and Omicron variant.

‘‘All council services were available even with rapidly changing government directives and significant staff illness.’’

Mr Harland also led improvements to the Annual Plan process, including the introduction of a new approach to prioritising the capital expenditure programme, with a focus on the four well-beings (economic, social, cultural and environmental) and staff/contracting resources available.

This system can be expanded for all council activities.

Mr Gordon said working closely with himself, councillors and the general manager of utilities and roading, Gerard Cleary, Mr Harland played a key role in advising the council on the Government’s Three Waters reform.

‘‘He has also been a valued advisor to the Communities 4 Local Democracy (C4LD) group of councils established to respond to the central Government Three Waters reform programme.’’

Mr Harland recently completed a restructure of the Executive Management Team based around the four well-beings.

‘‘This is to ensure that this team can respond to possible changes in the local government environment as the result of the Government's reforms.

‘‘The organisation is in good shape with positive staff, reflected in the biannual staff survey, and an AA/A-1+ Standard and Poor's sovereign rating with a stable outlook,’’ Mr Gordon said.

Jeff Millward, the general manager of finance and business support, will be the acting chief executive in the interim.

- By Robyn Bristow of the North Canterbury News