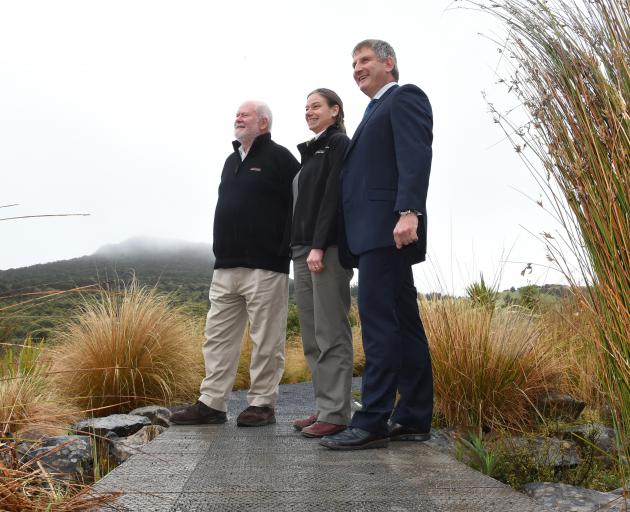 The deal, between Orokonui,  the Department of Conservation and City Forests, will result in the sanctuary receiving  $30,000 a year for the next eight years.

That sum - about  a third of the ecosanctuary’s annual sponsorship budget -  provided an  assurance the organisation could meet its operating budget needs for some time, Otago Natural History Trust chairman Colin Campbell-Hunt said.

"It will go the annual running costs of this place.

"We certainly need to start budgeting for fence replacement.

"The fence here is now 10 years old, and it is starting  to show signs of wear and we recognise that is starting to become a risk for us ..."

"We need money like this to keep the place going.

"Yes, we do have grand plans and ambitions, and we can now raise more money for that."

The  agreement came about after Doc and ratepayer-owned City Forests renegotiated an existing arrangement. When City Forests was established, a section of exotic timber in Silverpeaks within Doc lands was in City Forests’ ownership, and revenue from it was given to the ecosanctuary.

"It was a very sporadic cash flow," City Forests  chief executive Grant Dodson said.‘‘City Forests started thinking about how we could make this work better for everybody.

"What City Forests will do is frontload that agreement and pay the trust $30,000 a year for eight years.

"In return, Doc has effectively gifted the trees to City Forests."