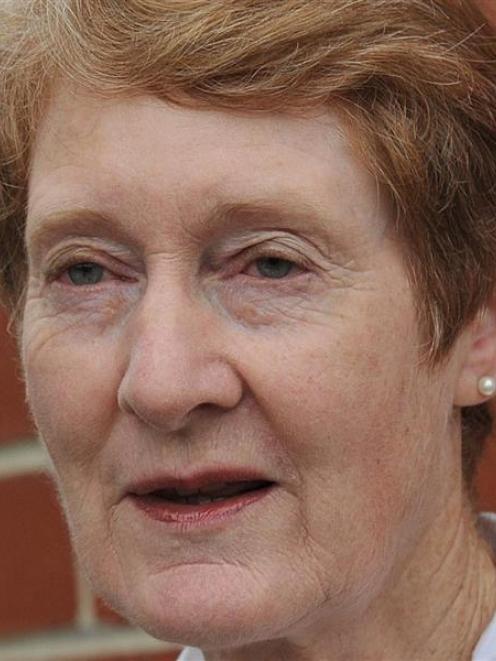 Winsome Parnell.
A University of Otago dietitian who helped develop a new health star food rating system is defending the scheme from criticism, and says it is not designed to resolve the ''fat sugar debacle''.

The Government has announced a new voluntary healthy food star rating system to rank products from 0.5 to five.

Health star labels are expected to be on products in six to 12 months. Labels will show saturated fat, sugars, salt, energy, and sometimes nutrients, such as calcium.

Associate Prof Winsome Parnell, who was a member of the Government advisory group on the scheme, defended it yesterday from claims a traffic light system would have been better.

She said the diet debate has become ''polarising'', with too much emphasis at present on the sugar versus fat debate.

''If we want to use labels to reduce obesity, we need a label that promotes quick identification of unhealthy products,'' Dr Maubach said.

''While it has been shown that under experimental conditions consumers are able to use the health star rating system to identify healthier food products, it is not clear how the system will operate in real world settings.''

Prof Parnell said the advisory group, which had Australian representatives, settled on the star rating system quite early in its deliberations.

The system will be used in both countries.

The system was less blunt than a traffic light system, as it allowed customers to assess a food's fat, sugar, energy, and salt levels.

''If you decide that you listen to the loudest voice and sugar is going to kill you, the data and information is there - you can decide.''

Prof Parnell said no particular food should be labelled the ''baddie'', and people needed to see the bigger picture, including the role of exercise.

''The thing that upsets me most is people looking for the one stop shop ... the obesity epidemic is not like that, and you've talked about food, you haven't talked one bit about how much we sit in front of a computer.''

The nutrition debate had become too ''polarising'', and alienated the general public, she believed.

''It's got to the point where nothing is healthy and we can't eat anything.''

Asked to further discuss the debate about the relative harm of sugar and fat, she declined, saying ''that debate is no longer logical''.

No one labelling system could answer all the questions about a food's health profile, and it was just one tool in the fight against obesity, Prof Parnell said.