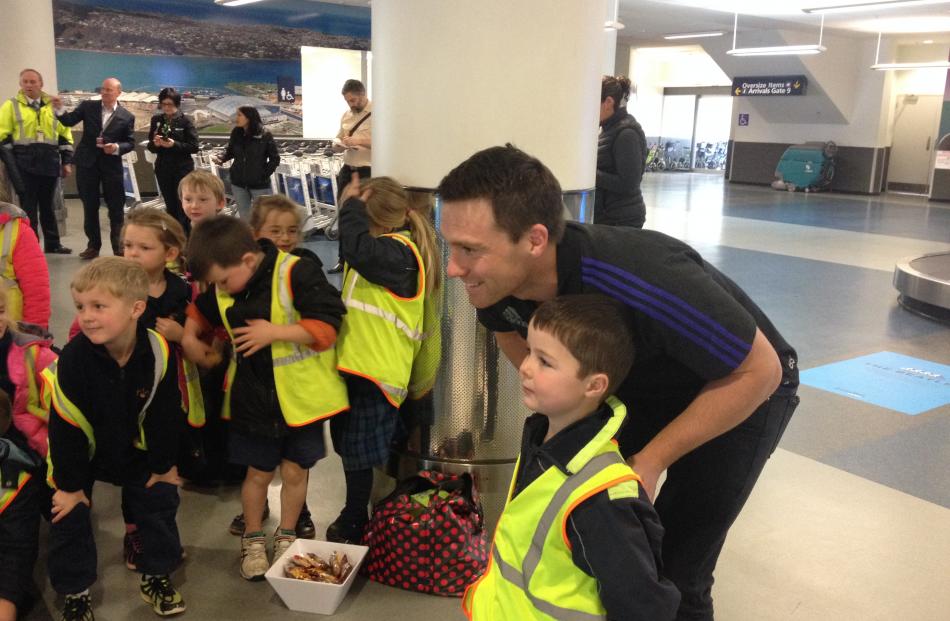 Ben Smith poses for a photograph with Angus McGregor (6), of Elmgrove School, at Dunedin Airport. Photo by Craig Baxter 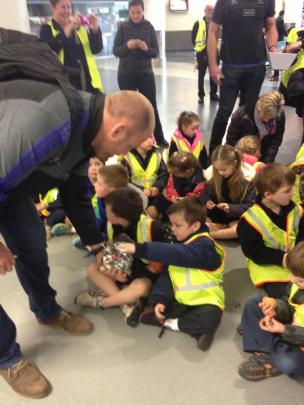 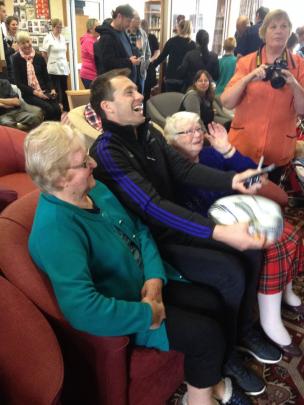 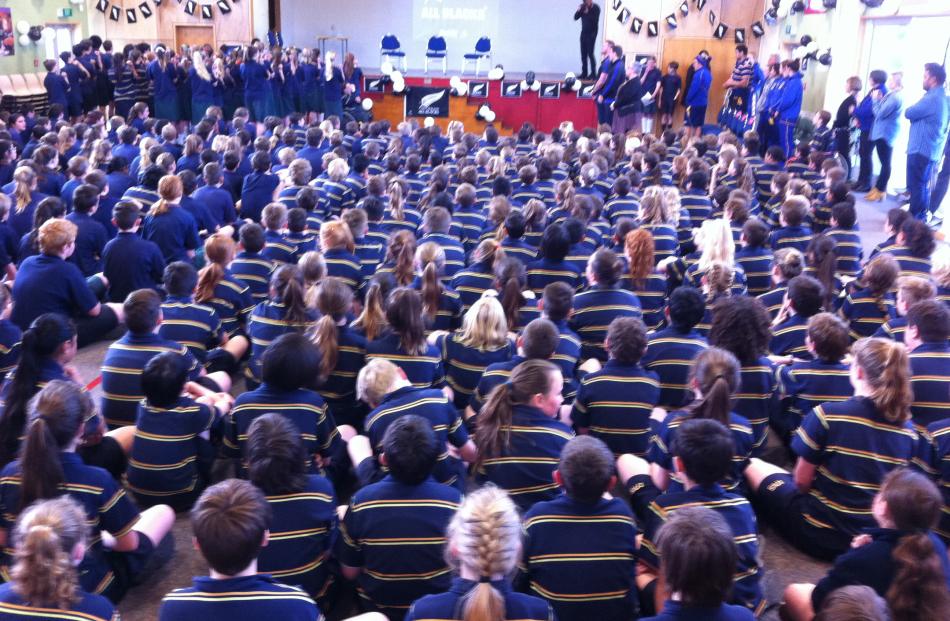 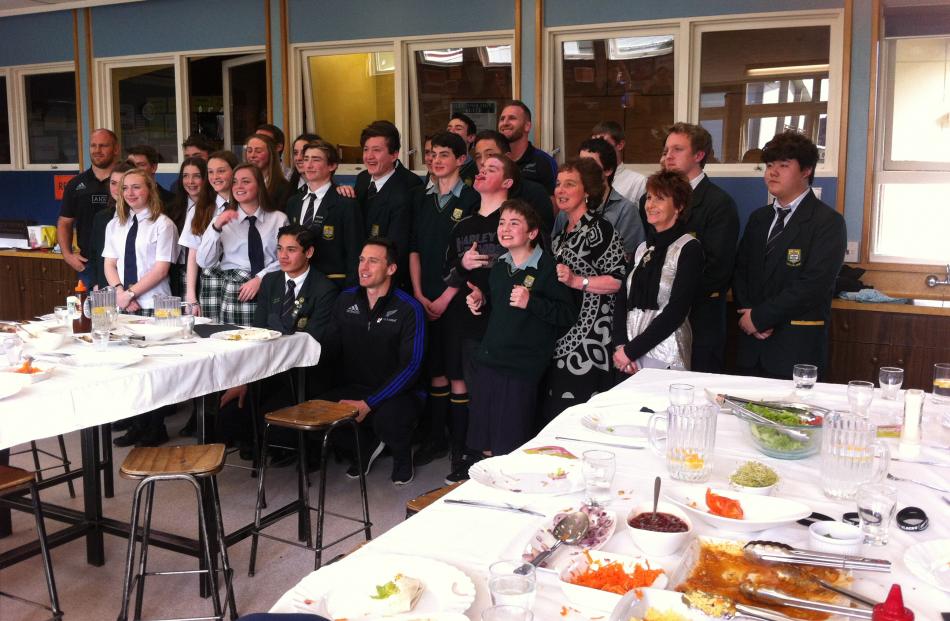 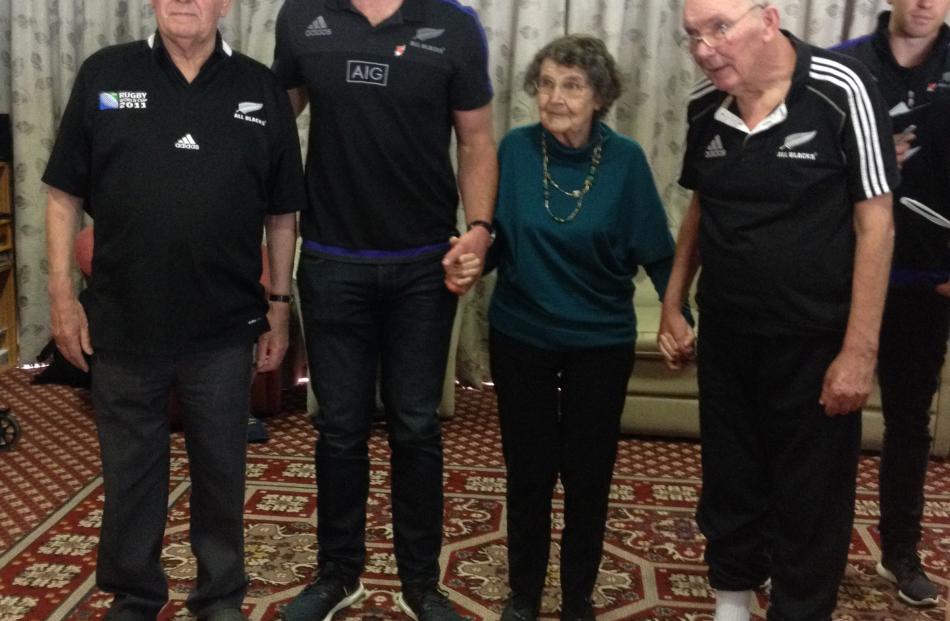 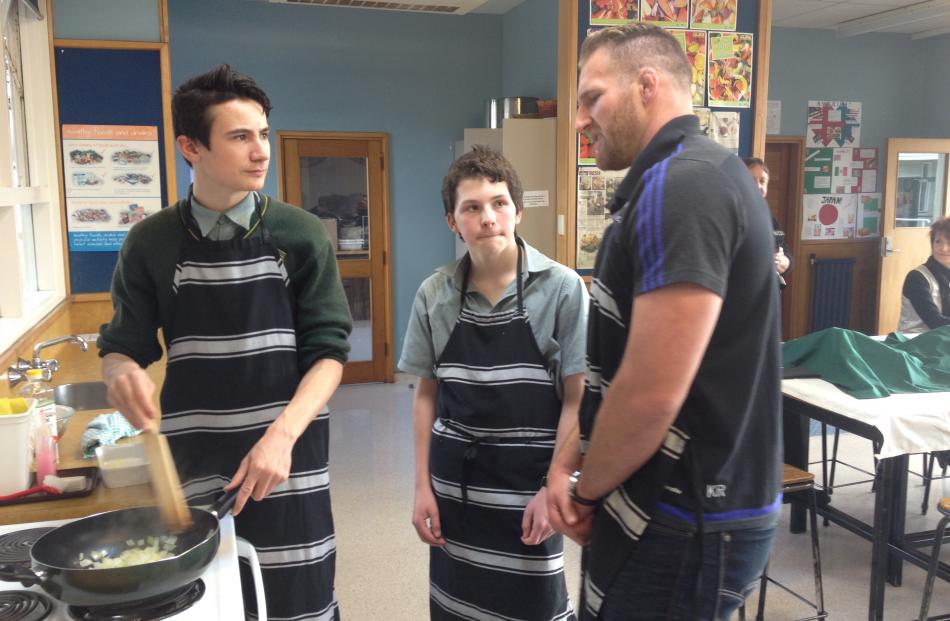 All Blacks Ben Smith, Kieran Read and Ben Franks visited Dunedin today as part of a special trip which saw 10 winners nationally get the chance to host players in their town.

Hundreds of Kiwis throughout New Zealand spent time with their sporting heroes following the announcement of the All Blacks Rugby World Cup 2015 squad on Sunday.

Smith, Read and Franks arrived at Dunedin Airport just after 11am today. Five- and six-year-olds from room 2 and 3 of Mosgiel's Elmgrove School were there to meet them, pointing and clapping as they arrived.

The All Blacks handed out lollies and cookies, and posed for photographs with children, parents, teachers and other airport visitors.

They then moved to a nearby departure gate, where Read made the boarding calls over the intercom.

As passengers passed through to their Wellington-bound aircraft, they stopped for photographs and offered their best wishes to the All Blacks.

About 100 people packed the Radius Fulton Rest Home in Hillside Rd to welcome and mingle with the players about midday.

Musselbugh School's kapa haka group welcomed the them with a song and a haka.

Rest home residents then played the All Blacks a video of a poem penned in support of the team, which was one of the winning entries.

The players finished  their tour with school visits.

At Bayfield High, they helped students cook chicken before sitting down to a lunch of wraps filled with salad.

Tahuna Intermediate students then welcomed the players with a rousing haka, before subjecting them to a testing question and answer session.

The players then joined Otago men's and women's rugby representatives for a leadership session with selected students.

Franks and Read would head home to Christchurch this afternoon, while Smith will stay in Dunedin until the All Blacks are back in camp next week.

The World Cup runs from September 18 to October 31 and is being hosted by England.