Dunedin has capacity for large-crew projects 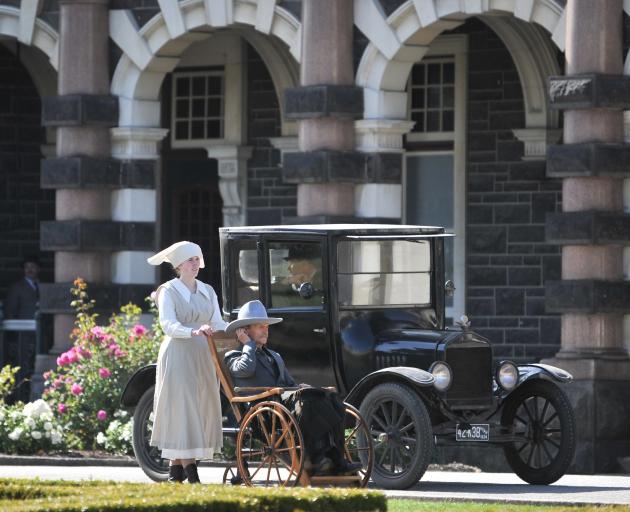 Actors rehearse for a scene. Photo: ODT
The filming of a movie directed by Jane Campion shows the city can host large-crew projects, the Dunedin City Council says.

Council Enterprise Dunedin Film Dunedin co-ordinator Antony Deaker said Dunedin’s varied locations were a key drawcard for attracting productions, such as Campion’s The Power of the Dog, which was filming at Dunedin Railway Station last week.

“We’re excited about The Power of the Dog shoot because it demonstrates the city can host large­crew projects.’’

The council made offices, yards and warehouse space in its Parry St buildings available since January.

The buildings were available for short-term, high value projects, such as film.

‘‘It’s a great step forward and we are dealing with more and more inquiries of varying scale as a result,’’ Mr Deaker said.

A crew from Japanese Public Broadcaster, NHK, were in Dunedin for 50 days filming a documentary about wildlife and conservation efforts on the Otago Peninsula.

Location scouts for a feature film are bringing international directors and executives to view locations and buildings around the city later this month.

A Warner Brothers TV series would be filming in Dunedin next month.

‘‘We work to ensure interested productions know it is feasible to work here by having infrastructure and crew available. Local skilled crew — such as set builders, wardrobe, casting and assistant producers — are getting more and more work, smoothing out the peaks and troughs of employment,” Mr Christie said.