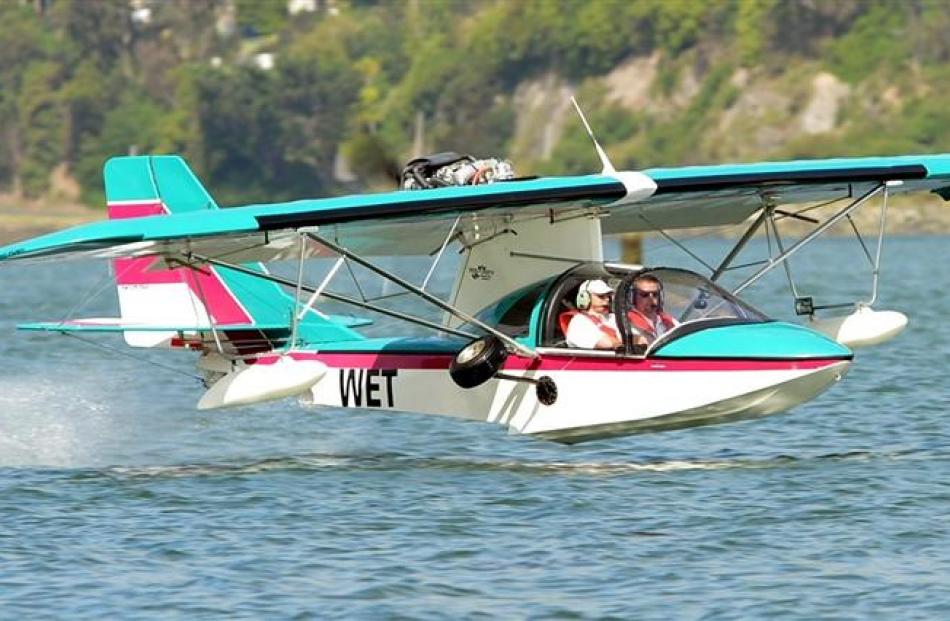 Dunedin builder Craig Buist loves flying his amphibious aircraft in and around the city, and will display it at Saturday's Wings and Wheels show at the Taieri Airfield. Photos by Stephen Jaquiery. 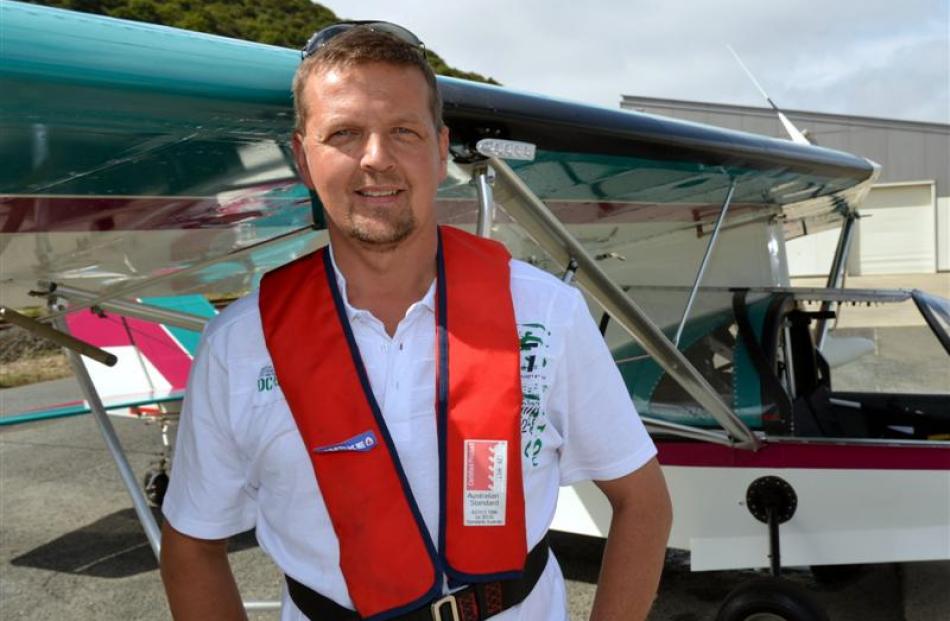 Craig Buist beside his amphibious aircraft.

Since buying an amphibious light sport aircraft last June, he has spent all his spare time landing and launching it on Otago Harbour, Lake Waihola and near his favourite holiday spot in the Ida Valley.

Mr Buist was shy about the United States-designed aircraft's cost, but said he had always loved his toys and the SeaRey was his favourite.

With a wingspan of 9m, the aircraft flew for about four hours on a full 88 litre petrol tank.

It took some 35 minutes to fly from the Otago Aero Club on the Taieri to Central Otago, where Mr Buist often spent weekends fishing at his crib.

Space for a fishing rod and bait behind the pilot's seat meant the aircraft also served as a boat.

The two-seater, built in 1999, had been stored in a garage for years when Mr Buist shipped it from South Australia to New Zealand.

''We disassembled it and put it in a 40ft shipping container, then I spent months repairing parts and putting it back together,'' he said.

One of just three in the country, the SeaRey would be on display this weekend as part of the Wings and Wheels show at the Taieri Airfield.

Mr Buist said his aircraft would be available for close inspection and he would be happy to take a few people on flights during the Saturday event.

The show, from 10am to 5pm, would also include joy rides and scenic flights in other aircraft, as well as displays of classic cars, vintage machinery and military vehicles.

Mr Buist said the event was about introducing people, especially children, to aviation and helping them fulfil their dreams of flying.

He said his amphibious aircraft helped to dispel notions about light sport aircraft, also known as microlights, being compared with ''lawn mowers and bed sheets''.

''They are now some of the safest, fastest and sleekest aircraft to be seen,'' he said.