Family pleased to have sermons preserved 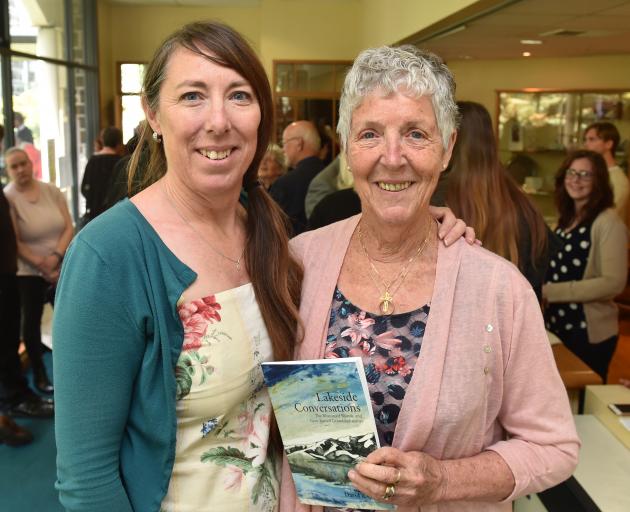 Helen Jack and her mother, Alison Grant, with Lakeside Conversations, col lected sermons by their late father and husband, David Grant, which was launched at Knox Church yesterday. PHOTO: GREGOR RICHARDSON
David Grant's voice has fallen silent, but the sermons of the former Knox Church minister live on thanks to a new book.

Mr Grant, the minister at Knox Church from 1995 to 2003, is remembered by many parishioners for nine sermons he gave about "the blue-eyed blonde and the grey-haired granddad".

Diagnosed with mesothelioma, an asbestos-related cancer, last year, Mr Grant started to get his affairs in order, which included a long-delayed plan to publish the sermons in book form.

"People always asked him if he was going to publish them but he never did," Mr Grant's daughter, Helen Jack, said.

"Last year, he dragged them out of his old files and compiled them, but then he got too sick to finish it off."

His book, Lakeside Conversations, was completed by wife Alison and Ms Jack, and was launched at Knox yesterday.

"We wanted the book to be launched at Knox because that was where the two fictional characters started out,' Ms Jack said.

"When he was stuck with what to write for a sermon, he would write a sermon about a conversation between these two characters."

"People still remembered those sermons because the characters are at each end of their lives and offer a different perspective on life," Ms Jack said.

"Those sermons really touched people, they remembered them, and we wanted to make them available to those people who enjoyed them."