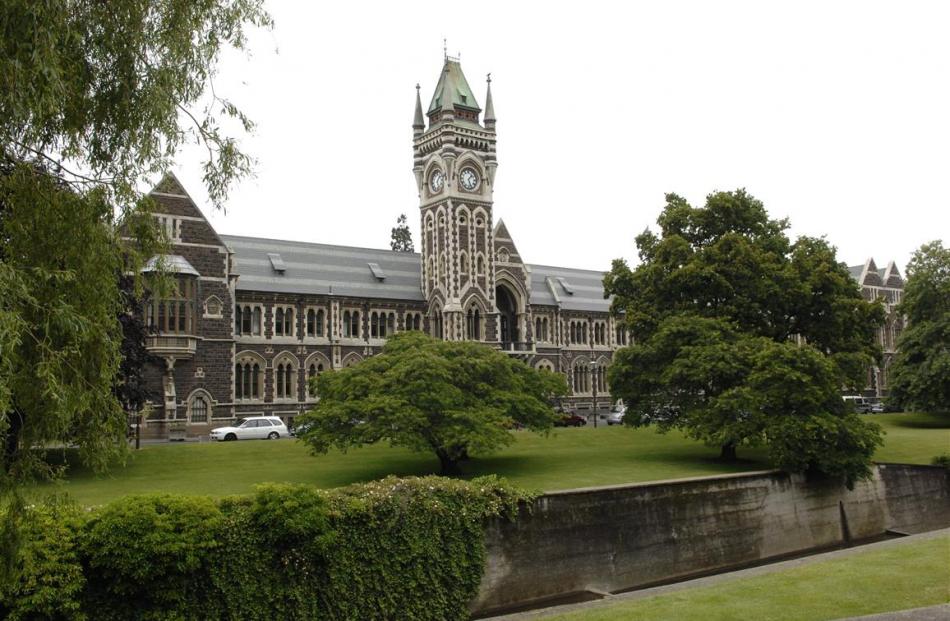 The latest stage is budgeted at $3.61 million. Photo by ODT.

Work is due to start this month, mostly near the University of Otago clocktower, on the next phase of the Leith flood protection scheme improvements in north Dunedin.

Downer EDI Works Ltd has been awarded the contract to complete planned works, from Dundas St to St David St, the Otago Regional Council has announced.

This section of the protection scheme includes all of Montgomery Ave, and part of the western side of Leith St from Dundas St to the St David St footbridge.

The latest work will include widening the existing Water of Leith channel, and constructing a walkway along Montgomery Ave, as well as providing public access to a beach downstream from the Dundas St bridge, and further landscaping.

The previous section of the scheme, from St David St to Union St, was completed last year.

The latest works were due to start early this month and would continue until May, Dr Palmer said.

The work was being timed to ‘‘minimise disruption'' to staff and students at the university, he said.

Montgomery Ave properties would not have vehicle access during the works, but the contractor would arrange access for residents when needed, he said.

Dundas St, Leith St, Castle St North, and St David St would remain open to all vehicles during the works.

The next stage of the scheme included the section from Union St to Leith St, which is often called the "ITS bend'' because it includes the university's information technology services (ITS) building.

Investigation work for this stage was already under way, Dr Palmer said.