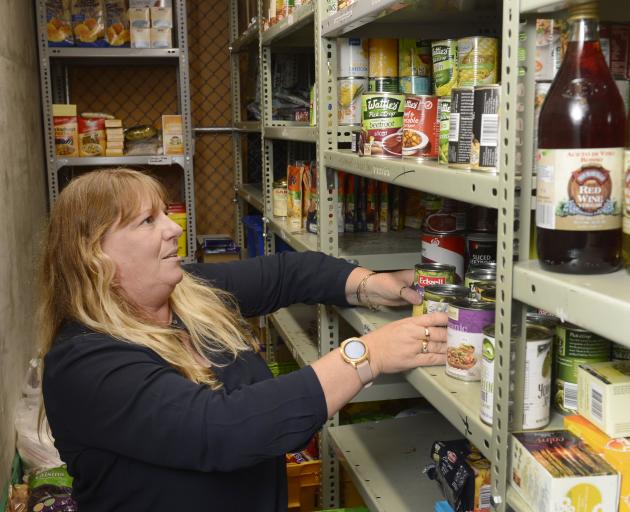 That is why it is important people donate to its 11th annual Octacan campaign next week, so it can keep that rate of giving up throughout the year, organisers of the annual event say.

The organisation's practice manager, Deb Gelling, said people could bring canned and packaged food items to the Octagon next Thursday, June 20, between 8.30am to 2.30pm and they would be donated to the food bank.

The event was held close to the shortest day of the year (June 22) as a reminder of the issues the cold and dark months could bring to the 250 Dunedin families and individuals who used the food bank's emergency services monthly, she said.

"Dunedin families experience a gap between what they can afford and what they need," says the campaign's website, which asks for donations big or small.

The food bank was always in need of items such as pasta, rice, breakfast cereals and tinned foods like tomatoes and baked beans, which could bulk up a meal.

The food bank creates emergency food parcels made up of 35 to 40 items of both fresh and packaged food.

These could see a family through three full days of meals.

The parcels vary, depending on the size of the household, and items are allocated to a family's specific needs, such as baby food and gluten-free products.

This year, people could also give money online or at the Octagon collection point.

Pick-ups could be arranged for donations of 30 cans or more.

The campaign aimed to collect at least 19,000 cans on Thursday alone and was trying to raise $5250 to buy more food items throughout the year when the bank ran low, Ms Gelling said.

This collection was expected to stock the food bank until the Christmas period, when the organisation ran its second food drive of the year.