A former Cabinet minister has criticised Dunedin MP Clare Curran for taking aim at media in her valedictory speech, saying it is "naive" to expect the Fourth Estate to "gloss over" issues.

In an interview with Newstalk ZB's Kerre McIvor former "minister for everything" Steven Joyce lamented the negative parting words of so many retiring politicians leaving Parliament this term.

"The whole idea of the valedictory is to reflect on your time, show a bit of the human side you normally don't get to show in all the speeches you make, thank the people who have supported you and generally leave the place on a good note.

"It just seems it's a pity that that seems the bookend on somebody's political career because it is a tough life and you think well, maybe you should walk out the door with a smile on your face."

He singled out dumped Cabinet minister Ms Curran who used her speech to lash out at the media.

"Politicians and the news media focus on conflict, perceived or real slip-ups rather than substance in the quality of ideas," the Dunedin MP told Parliament in her final speech yesterday.

"Politicians should be held accountable. But we are not prey. The accountability lacks perspective. If you don't believe me, go ask the public.

He took issue with Curran's attack on the media, saying it was "naive" to expect the Fourth Estate to "gloss over" issues. 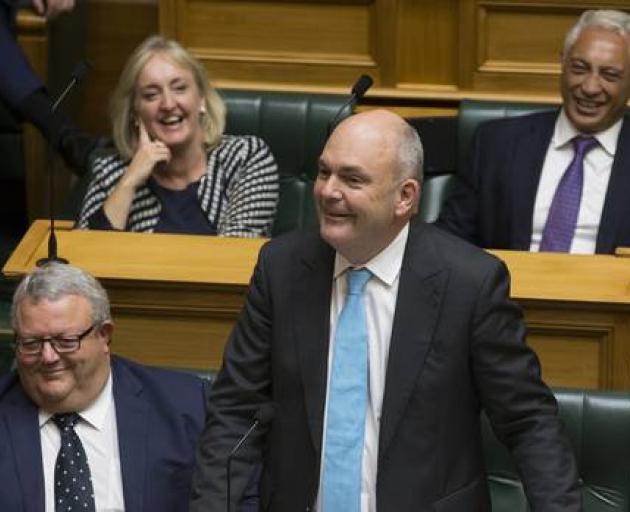 He also said cheating by politicians was being "weaponised" and those levelling accusations and exposing the actions needed to press pause.

"I think some of it has crossed the line because everyone is human," said Joyce.

"Nobody is perfect and there's aspects of everybody's lives that they're not proud of. I would just say to the people that bring these things up is, 'let's just take a breath'."

With sacked Labour Cabinet Minister Iain Lees-Galloway using his valedictory speech to apologise to his wife and family after an office affair ended his political career a fortnight ago, Joyce said we had entered disturbing territory.

"There's probably not a lot of benefit if a truck driver misbehaves but unfortunately people are starting to use that sort of thing as a political weapon. That is a problem," said Joyce.

He said it was very easy to attack individuals without considering their families who were impacted by the publicity.

It was to important to focus on the job they were doing above everything else, said Joyce.

While working away from home came with challenges, Joyce said many who worked under similar conditions weren't subject to the same level of media critique.

"Where it's tough it's probably like any job where you are working away from home three or four days a week for the whole year. The difference is probably that there's not 30 or 40 journalists camped outside your door the entire time and ready to keep scrutiny on you. That is the unusual aspect of the job."

The former minister, who retired last election, revealed it was vital to be surrounded by key people you trusted in your home electorate in order to keep grounded.

"In Wellington there's 360 degrees of advice and stuff that can sound really stupid somewhere around Auckland somebody can make it sound eminently reasonable in Wellington.

"I had a colleague who's wife would hand him a toilet brush when he got home just to ground him again and send him to work on the bathroom so that he understood that there's a real life out there."

He said it would be great to have more people in Parliament who "had a life" before becoming a politician.

"There's a number of reasons why that works. One is you're probably a little bit more self-confident in some ways, you generally have more life experience in dealing with people, if you've managed an organisation that's very helpful if you should become a minister."

If you are married, and you cheat on your partner, that is an important character flaw, it shows that you are dishonest at a really fundamental level, and voters have a right to know that. But if you do it and get caught, then it also shows that you are incredibly stupid. That is something people have a right to know.
If you want to be in the spotlight you better not be hiding things.

A pity that only applies to public servants, not the shadowy éminences grises.

Mr Joyce is yesterday's man. Valedictory is an MP's last word, not an occasion for gainsaying.