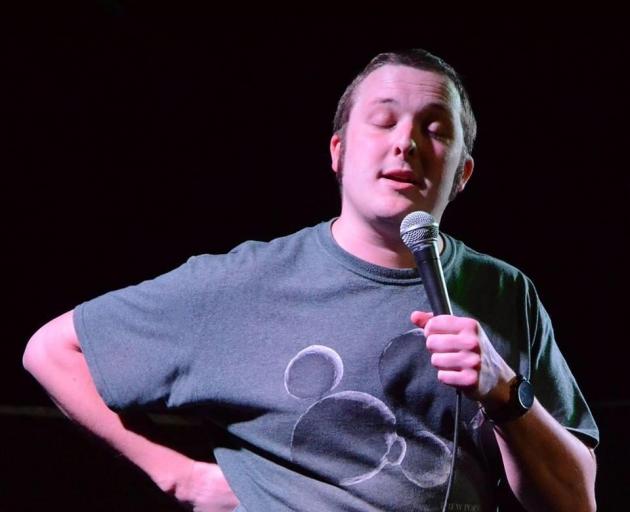 A former Dunedin comedian was grabbed by the back of the head and pushed after he made a joke about white supremacists during a show.

During Simon Kingsley-Holmes’ set at the Madeira Hotel in Akaroa he made a joke about playing scrabble with a white supremacist.

Kingsley-Holmes, formerly a key figure in the Dunedin comedy scene, then pulled a scrabble board from his bag with the tiles arranged in the shape of a swastika and delivered the punchline: “What a prick, he glued all the tiles to the board.”

He also made reference to finding a swastika in a public toilet in Timaru.

The comedian has steered clear of swastika-related jokes since the March 15 mosque shootings.

But when he did his set on June 15, he thought enough
time had passed to reintroduce white supremacist-related material into his act.

After finishing his set he was confronted by a man, possibly in his late 20s.

The man grabbed him by the back of the head and tried to push him in the direction of the local RSA, saying he should tell the joke there.

The man was then dragged
out of the premises by his girlfriend and pushed out of the pub by staff when he tried to re-enter.

“We ascertained he was offended about something about World War 2, even though he kept saying World War 1,” Kingsley-Holmes said.

He said the incident had not put him off doing a similar routine in the future.

“It might be a while longer till I do a joke like that in the heart of Christchurch but I am at peace with what the joke is, I’m not bothered about him being offended by it.”

At peace? Material is received according to the Worldview of the audience. Enough time past? There will never be enough time gone by for 'humour' about Nazism, or at the expense of Muslims and Jewish, to be normalised.