The Strath Taieri Community Board will be looking to begin new projects for 2017, which will be determined after the board meets on February 2 for the first time this year. 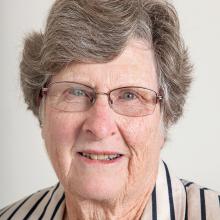 Deputy chairwoman Joan Wilson said this would be the first full meeting of the new board since October's local body elections.

Three new board members, Jacinta Stevenson, Norma Emerson and Jock Frew, were elected at that time.

It would be important to hear from new board members about plans or ideas they wished to put forward, Mrs Wilson said.

Asked if the board had new plans for community engagement, Mrs Wilson said this would not be too necessary as the board members knew the area and community well.

"I think we're all out in the community. It's a small community. We know them, we live with them. They know who we are and they know where to come for any issues.''

Ongoing projects included planting and signage to be introduced to the Middlemarch Cemetery and yellow no-passing lines on State Highway 87.

A petition was initiated by the board last year which gained more than 100 signatures by people concerned about the number of yellow no-passing lines affecting the flow of traffic on the road.

The board met with the New Zealand Transport Agency last year to discuss the issue and an assurance was given on reassessing the highway.

Mrs Wilson said she had noticed some of the yellow lines had not been renewed. The board would continue to monitor the issue.