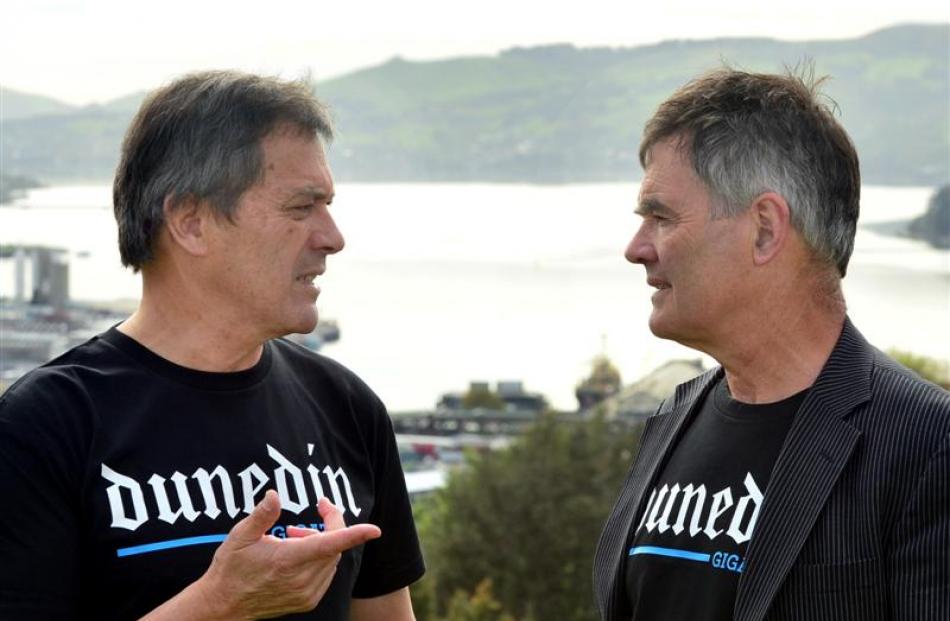 Being the first city in the southern hemisphere to provide residents with one gigabit per second (1gbs) internet connection speeds could send Dunedin into an upward economic spiral equivalent to the gold rush, a prominent Dunedin technology application specialist says.

Ian Taylor said the last time Dunedin experienced a major economic boom was in the 1860s, during the Otago gold rush, and he believed if the city won Chorus' Welcome to Gigatown community competition, which offers 1gbs internet connection for three years, it would enable Dunedin to become a leading digital innovation hub for New Zealand and beyond.

''This is the next gold rush. I call it the yellow brick road.

''The gold rush was our peak. It's when we built our university, our railway station ...

''To have this level of data will put us back at the top.''

Dunedin Mayor Dave Cull said the city would compete with other New Zealand centres over a period of 15 months to win an early upgrade to a 1gbs network, which would be 100 times faster than available now.

''Yes, you will be able to download data more quickly, but the real opportunity is in Dunedin building on its technological infrastructure and environment to move data more efficiently and connect with businesses and communities all over the world.

''With the right communications networks, Dunedin becomes a very attractive proposition for investors interested in the opportunities Dunedin offers in health technologies, education and learning, niche manufacturing and design technologies.

''That, in turn, will pull in more talented people who choose to live in Dunedin, raise families and work globally.''

The power of the connection would give start-ups, software companies and developers who can live anywhere in the world, a reason to choose Dunedin, he said.

Dunedin would need to have an ongoing citywide conversation on how it would apply digital communications creatively and practically on an everyday basis to achieve our economic goals of increasing skills, incomes, job opportunities and investment in the city and provide a better service for ratepayers, he said.

Dunedin's bid in the Gigatown competition was launched at Unity Park in Mornington yesterday by Mr Cull and Mr Taylor.

But Dunedin is not the only town in Otago vying for the prize.

At present, Oamaru is top of the scoreboard, Wanaka is fourth and Dunedin sixth. Queenstown is also running in the competition but does not appear in the Chorus top 10 leader board.

He said farmers were desperate for new ways to get on to the internet and this competition had the potential, for one fortunate town, to spark innovation and mobilise and transform its local economy and society.

''Rural people are people too, so all the advantages of faster broadband apply in the countryside as well as the city.

''On top of that, most of our exports originate from the countryside, so the potential economic benefit is significant as well.

''Given there is huge potential to improve productivity and attract/retain people in rural New Zealand through technology, we hope a provincial town or city wins this Gigatown competition.''

To win, residents need to take to social media to share their views on why their town should win, by using hashtags such as #GIGATOWNDUN, #GIGATOWNOAM, #GIGATOWNWKA, or #GIGATOWNQTN.

Points will be given for each mention, and will be counted and adjusted relative to the town's size to become Gigapoints.

The adjustment for town size ensures that each town has the same opportunity to be the Gigatown.

The town which creates the biggest buzz will become Gigatown.