By John Lewis
0 Comments
It was a piano movement on a grand scale when a Yamaha grand piano was delivered to Otago Girls’ High School.

The instrument belonged to former Dunedin piano teacher Margaret Da-Rin (86), who decided to give it to the school when she found her ageing fingers could no longer glide around the keyboard like they used to.

‘‘But once I couldn’t play it, it became a nuisance.

‘‘A grand piano is quite an awkward piece of furniture to have in your house. It dominates a room.’’ 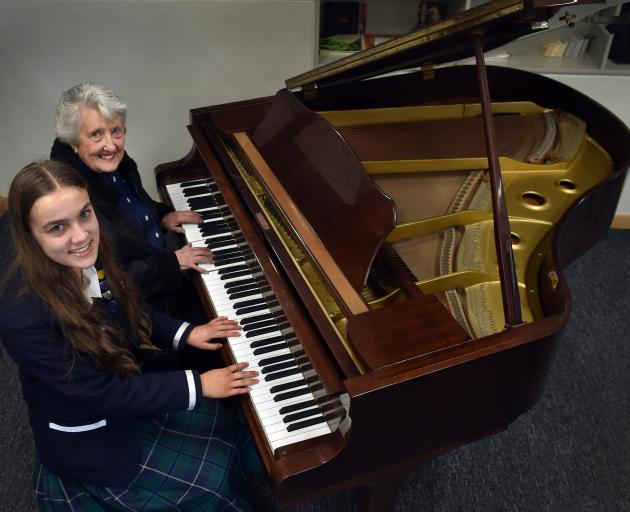 She said her four daughters and two of her granddaughters had been pupils at Otago Girls’, and she wanted to give something back to the school.

‘‘I wanted it to still be used and enjoyed.’’

The piano, valued in the ‘‘tens-of-thousands of dollars’’, was removed from her home by crane before the Covid-19 lockdown. 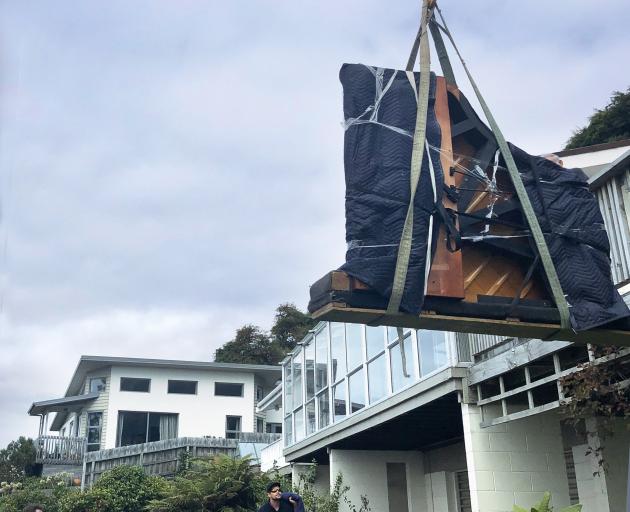 The baby grand is lifted out by crane.

It has since been delivered to the school.

Mrs Da-Rin was at the school yesterday and was delighted to hear it being played by pupils.

Principal Linda Miller was grateful for the gift and said it would be appreciated by many generations of pupils.

Mrs Da-Rin said the bonus of giving the piano to the school was that she now had space in her lounge to do 1000-piece jigsaws.