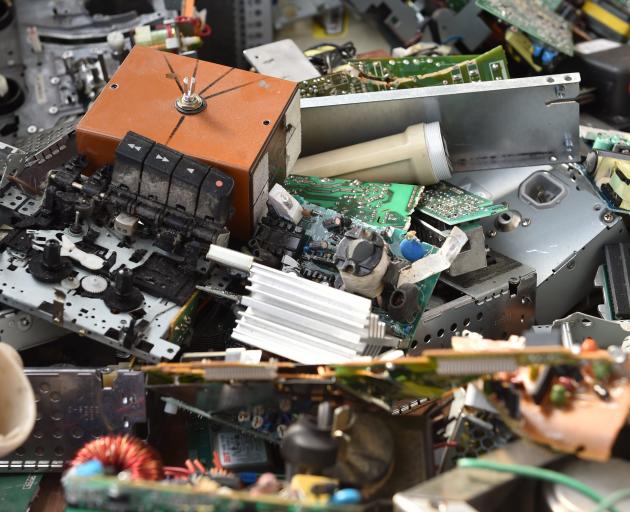 Less than 10% ... Despite hundreds of tonnes of e-waste being processed every year, it is estimated less than 10% of Dunedin’s e-waste makes it to the recycling centre.PHOTO: PETER MCINTOSH
It is not unusual to see microwave ovens and bedside lamps sitting  on the kerb in Dunedin at this time of year, as  students pack up their flats and head  home for the summer.  Reporter Molly Millar explores where that rubbish ends up and the growing problem of e-waste.

Those discarded lamps and microwave ovens in Castle St are part of a larger problem.

About 90% of Dunedin’s e-waste — the term for discarded electrical equipment and devices — is not getting recycled properly.

E-waste is the fastest-growing waste stream in developed countries and experts are calling for a more urgent solution to deal with the waste, which threatens to leach toxins into the environment.

Cargill Enterprises chief executive Geoff Kemp said government statistics suggested New Zealanders discarded 20kg of e-waste per person, per year — and the majority of this was not being recycled.

Mr Kemp estimated Dunedin processed less than 10% of its total e-waste. Based on a population of 115,000, that was 2300 tonnes of e-waste per year, and only 140 tonnes of this was getting processed.

‘‘It’s a global issue and Dunedin is no exception.’’

The Ministry for the Environment has put the issue down to the uneconomic nature for businesses of disassembling and reusing products.

The ministry recognises the recycling process would be manual for businesses, so it seems uneconomical given the cost of the labour involved and the prices offered for dismantled materials. 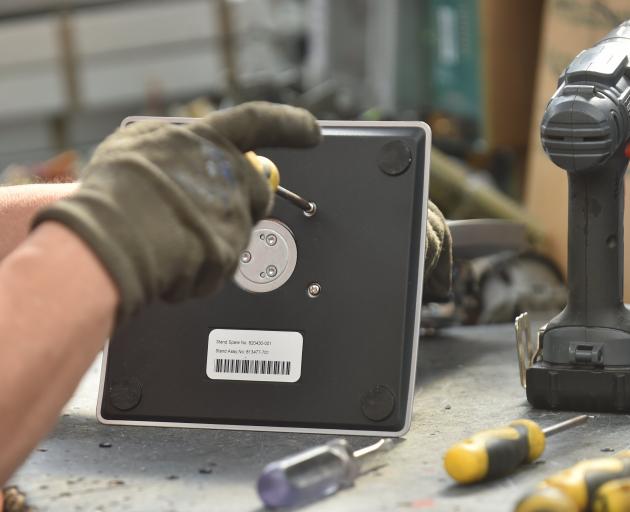 A Cargill Enterprises worker disassembles some of Dunedin’s e-waste.PHOTO: PETER MCINTOSH
Digital Inclusion Alliance Aotearoa operations director and EDay organiser Laurence Zwimpfer said it was similar for consumers — there was a lack of processing options that didn’t cost the individual.

‘‘New Zealanders get it and understand that it’s not right to dump electronic goods in landfills... People simply don’t know where to take their surplus equipment, or who to trust in ensuring that the recycled materials are used productively,’’

The cost to consumers of recycling was a real deterrent, as many people thought the equipment they paid thousands of dollars for a few years ago should still be worth something, and felt recyclers should pay them to take it, Mr Zwimpfer said.

EDay consumer preference research from 2017 showed that although 80% of people preferred to recycle e-waste, only 9% were willing to pay to recycle it.

Aside from e-waste going to landfill, storing it or selling it yourself, the main way to dispose of e-waste in Dunedin is via the Green Island Transfer Station rummage centre for a small fee, where it is picked up and processed by Cargill Enterprises.

Other recycling options include schemes such as Re:mobile, run by the New Zealand Telecommunications Forum (TCF). People can take their used phones to Re:mobile drop-off points around the country to recycle, again for a small fee.

University of Otago sustainability manager Ray O’Brien said the university had also identified e-waste as a problem, and had been working to minimise it.

The university sent 17 tonnes to be processed through Cargill in 2020, Mr O’Brien said. So far this year, only nine tonnes had been sent, mainly because of efforts to minimise the amount of waste.

The students themselves have initiated a more sustainable system. The Otago University Students’ Association (OUSA) held a drop-in recycling event recently to offer an alternative to the skips on streets. 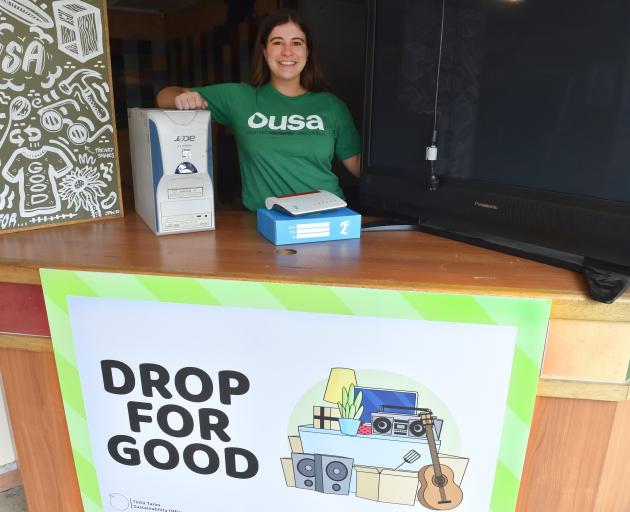 OUSA vice-president Emily Coyle is on hand to help at an e-waste recycling event held by the OUSA recently. PHOTO: GREGOR RICHARDSON
The Dunedin City Council has also recognised e-waste as an issue, and said it regularly lobbied central government to implement product stewardship for the electronics industry, as part of its waste minimisation plan.

Product stewardship would be a government scheme that made suppliers of electronic products responsible for the safe disposal/recycling of e-waste, at no cost to the consumer.

Mr Kemp said New Zealand was ‘‘shuffling its feet’’ on the issue of product stewardship, and needed to introduce it with much more urgency.

The Government has announced e-waste as a priority product for establishing regulated product stewardship schemes under the Waste Minimisation Act 2008, but has not acted on it yet.