When a car crashed into Paul and Chessa Mierzejewski’s home office in St Kilda, the Dunedin couple did not know what they would do. That was until a Good Samaritan came along.

While the couple were in the kitchen eating lunch in their Victoria Rd home on May 21, a man driving on Victoria Rd fell asleep at the wheel and crashed through the house wall into Mr Mierzejewski’s desk.

Mrs Mierzejewski said the sound was ‘‘like a bomb going off’’.

‘‘It was so so lucky we were not there [in the office]. I’ve never shaken like that before in my life. It was terrifying.’’ 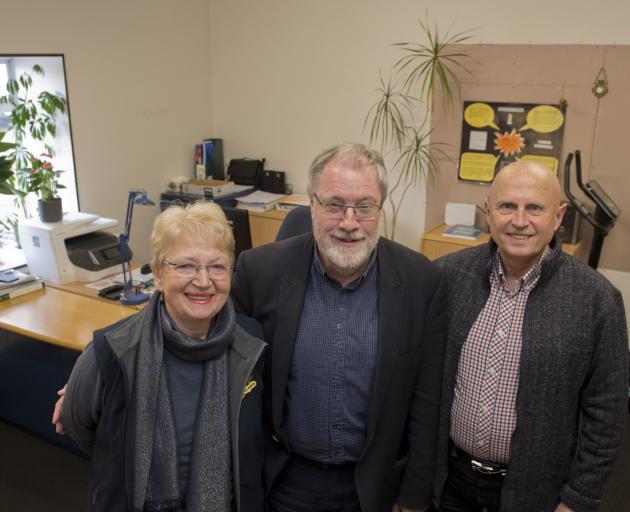 One half of their home was ruled uninhabitable, including their office space downstairs and an upstairs flat of which they were landlords.

‘‘It was very difficult. We lost our space and our tenant.’’

The damage at the Mierzejewskis’ Victoria Rd home on May 21. PHOTO: PETER MCINTOSH
The couple were left out of pocket and without a office for their out-of business power company Payless Energy, until help arrived in the form of a former customer.

Barton’s Building landlord Chris Willis said he heard about the crash, but was unaware the house belonged to the couple, whom he knew as customers of his IT business.

‘‘I couldn’t believe it was their house. I remember reading about it [the crash].’’

Mr Willis said the decision to offer them space in his building was ‘‘straightforward’’.

‘‘We just had a tenant whose tenancy had come to an end, and we saw they were in need of a space, so it seemed we could put those two things together and it would work well.’’

Mr Willis said the couple were welcome to use the space in his building as they required it.

‘‘We thought it would be a little churlish to charge.’’ Mrs Mierzejewski was stunned and grateful when she heard the news.

‘‘I couldn’t believe it - we have had bad thing after bad thing, so this was amazing.

‘‘I’ve always believed in the spirit of Dunedin.’’

The couple planned to stay in the premises until the front half of their home was fixed, while working on rebranding and restarting their power company.