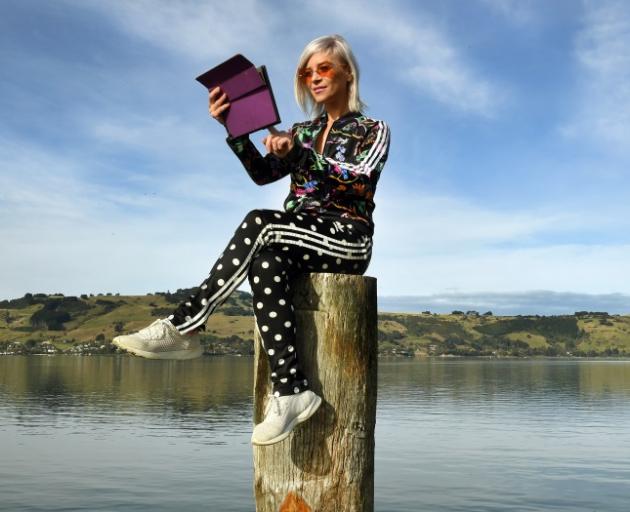 Frustrated ... Klone Hair owner Danelle Radel can communicate with her staff and clients from anywhere but has no idea when or how her business will be able to operate again. PHOTO: STEPHEN JAQUIERY
Karl and Danelle Radel are in limbo.

The couple own Dunedin hairdressing salon Klone Hair, employing nine staff, plus themselves.

Their salon’s doors had been shut since the Covid-19 Level 4 lockdown and they had no idea when they would reopen, meaning they had been unable to reschedule appointments or plan how they would work.

The couple, who celebrated 20 years in business last Christmas, were grateful for the Government’s wage subsidy.

While it was ‘‘awesome’’ to see some businesses back to work this week under Level 3 restrictions, they felt there was some inequality, Mrs Radel said.

Some businesses had received the subsidy and were now also earning revenue, while those in the likes of the hairdressing industry were unable to open.

After a move to Level 2 people would still be required to maintain 1m distance from others — something that was ‘‘physically impossible’’ for hairdressers.

Returning to work was going to be challenging and ‘‘quite a juggle’’ trying to schedule appointments and keep people happy, Mrs Radel said.

If they knew when they could reopen, they could start sorting appointments and provide reassurance to clients, and she hoped some ideas concerning
how they could function would be outlined soon.

They also had to make sure they looked after the wellbeing of their staff and that employees were comfortable with the hours required to accommodate the workload.

As far as the couple’s own stress levels, Mr Radel said it was fortunate they had been around for a long time in business, but it would be ‘‘absolutely terrible’’ if they were just starting out.

Mrs Radel said their bank manager had been ‘‘amazing’’ and their landlord — without prompting — had halved their rent.

That had made a ‘‘huge difference’’.

While their business would ‘‘totally get through’’ the pandemic, their debt was mounting, and they feared for other small businesses.

For Mrs Radel, who loved her job and considered her clients to be her friends, it was the interaction that she missed.

In the interim, she had signed up to be a Meals on Wheels volunteer, and made her first deliveries this week.

‘‘It’s nice to feel like you’re doing something for people that can’t do it themselves,’’ she said.