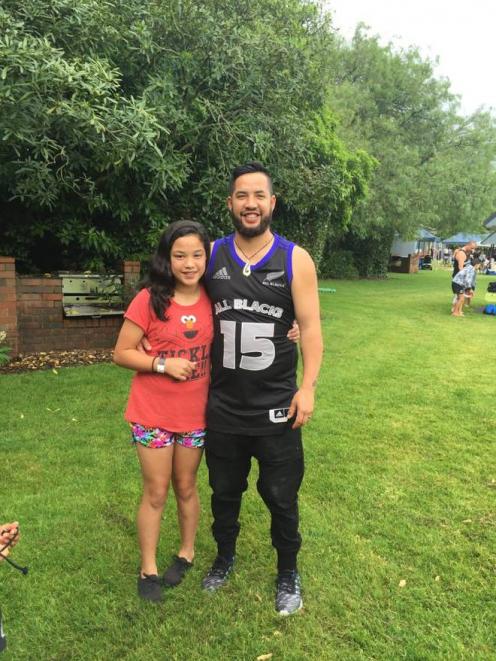 The study brings hope to Kiwi father-of-five Kelly Gee, who has battled asthma his whole life, and his eldest daughter Orewia (16), who is starting to develop symptoms. Photo: Supplied via NZ Herald
Hundreds of thousands of New Zealanders suffering asthma have been given hope from a life-changing study that shows dramatic benefits from using a "two-in-one" inhaler.

Kelly Gee is just one.

The Kiwi father-of-five used to suffer "terrifying" asthma attacks at least once every week; now he gets a maximum of four scares a year.

"I remember once when I was 10-years-old and having to ring the ambulance myself, I was freaking out. It can be terrifying not being able to breathe properly. Now, since taking part in this trial, I barely get them which is incredible," the 40-year-old told the New Zealand Herald.

Gee credits the Medical Research Institute of New Zealand (MRINZ) and University of Otago study, of which he and 889 other Kiwis from 15 sites across the country were involved in.

Following the year-long controlled trial, ending in December 2017, researchers found that a "two-in-one" inhaler reduced the risk of severe asthma attacks by almost one third compared with other commonly prescribed treatments.

Asthma affects the airways causing the lungs to tighten or partially close up which can make it hard to breathe. People with asthma often have symptoms of wheezing, shortness of breath, tightness in their chest, and a possible cough.

Commonly, people with asthma use two different inhaler medications - one as a preventer taken twice a day to keep symptoms a bay and the other as a reliever used whenever needed to treat wheezing, study author and MRINZ director Professor Richard Beasley said.

"However, the reality is patients are either taking more medication than needed or are likely not using them regularly if their asthma symptoms are infrequent, thereby limiting their benefit," Beasley said. 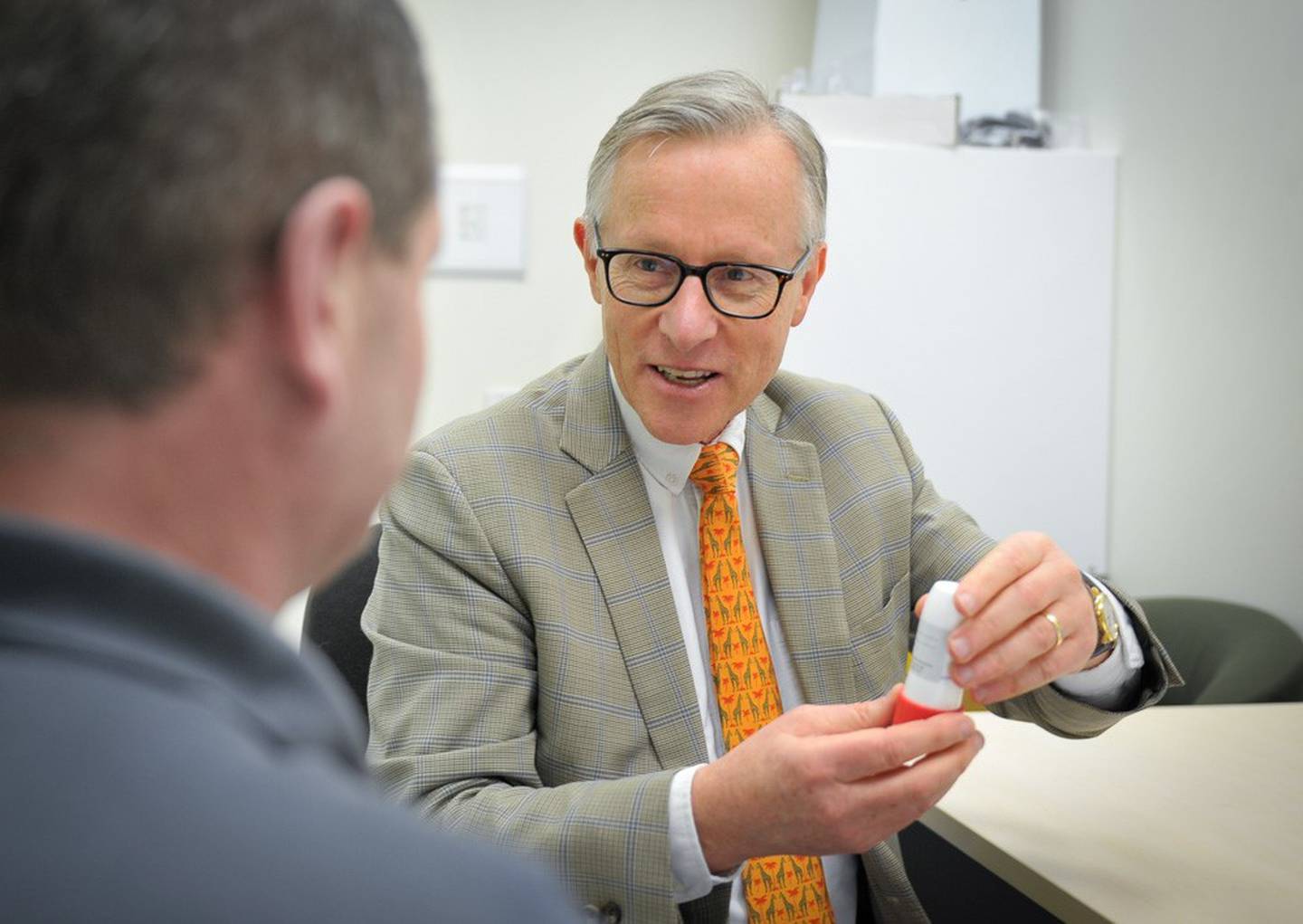 Medical Research Institute of New Zealand (MRINZ) director and author of the study Professor Richard Beasley with one of the combined inhalers. Photo: Supplied

He said by combining the medicine into one inhaler, which patients only need to take to relieve symptoms, reduced the risk of severe attacks by 31 per cent compared with the group using the preventer inhaler every day plus the reliever inhaler for symptom relief.

"This is game-changing as it simplifies treatment as it doesn't require patients to take a preventer inhaler twice daily even when they have no symptoms," Beasley said.

This trial echoed findings from an international study, of which New Zealand was involved with, published earlier this year. It lead to the Government approving the use of the "two-in-one" inhaler.

Now, with these independent from any drug company findings doctors will feel more confident recommend it to their patients, Beasley said.

Dr Ben Brockway, a respiratory physician at Dunedin Hospital, welcomed the findings, saying this study gave strong evidence that suggested historically asthma hasn't been managed as well as it should have been.

"New Zealand has been through a couple of waves of young people dying of asthma which has been catastrophic so big studies like these that can make a complete sea-change in how we treat people with asthma was huge.

For Gee, it bought hope not just to himself but also his eldest daughter and one-year-old son who were starting to develop signs of asthma.

"This news is incredible and I hope my story helps others feel a bit more confident to take this new form of medication," Gee said.

• Asthma affects the airways causing the lungs to tighten or partially close up which can make it hard to breathe.

• People with asthma often have symptoms of wheezing, shortness of breath, tightness in their chest, and a possible cough.

• Respiratory diseases, including bronchiectasis and pneumonia, costs New Zealand more than $7 billion each year. The cost of asthma to the nation is more than $1b.

• Respiratory disease also accounts for one in 10 of all hospital stays.