Hint axe to fall on ORFU board 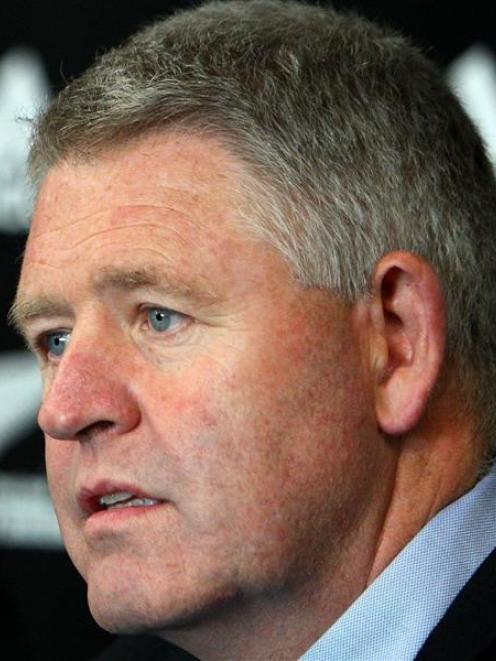 Steve Tew
New Zealand Rugby Union chief executive Steve Tew has given the first hint the Otago board may be asked to step aside in the wake of the union's financial troubles.

Mr Tew said an NZRU board meeting in Wellington yesterday had spent a considerable amount of time looking at the state of the Otago union.

"It is very serious.

"We are working incredibly hard getting all the facts, information and the options before us. That will unfold over the next few days," Mr Tew said.

Much work still remained to be done, and plenty of parties were involved, he said.

A change manager, Jeremy Curragh, had been brought in last month to work through financial issues for the union and to try to come up with a viable business plan for the future.

The union is due to report a loss of several hundred thousand dollars at its annual meeting in Dunedin on Monday. Mr Tew and union chairman Mike Eagle met union officials earlier this week in Dunedin.

The ORFU also has negative equity of more than $2 million.

Mr Tew declined to say whether the Otago board would be asked to step aside.

"It will depend entirely what the solutions are. But these are circumstances that are not too dissimilar to Southland, which was the condition of their loan."

Rugby Southland got into financial trouble last year and was loaned money by the NZRU on the condition the board resigned.

Mr Tew said there was not an easy solution to problems the Otago union faced.

"The situation is incredibly serious and there is some degree of urgency. Within a week, we will have hoped to have brought this to a conclusion.

"The work we are doing now is so we can line up a whole lot of things to get a solution that is workable.

"Money is the problem, but ultimately money will not fix everything permanently either ... It is complicated, whatever options you choose.

"Our ultimate goal here is to make sure the community that is affected by this do not miss out. But that is not easily achieved."

Otago chairman Wayne Graham, who has held the post for two years, said he had not given much thought to his future, and it was in the hands of the national union.

Graham, a former Otago player and coach, said he had given a lot to the union, and he was just waiting to see what happened over the next few days.

Deputy chairman Laurie Mains has already confirmed he will not be seeking re-election.