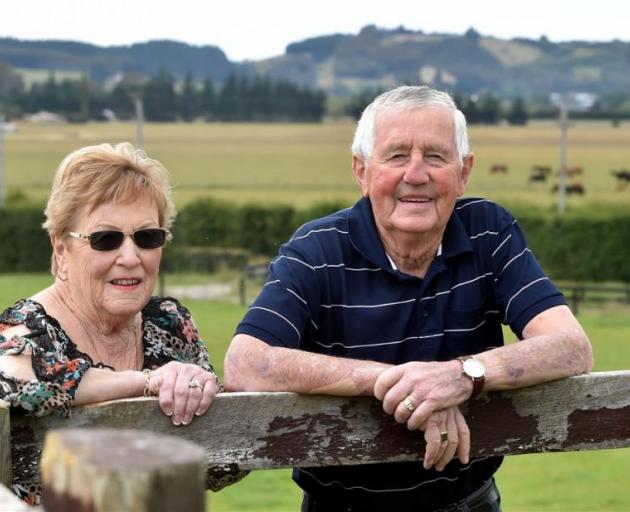 Brian and Lorraine Anderton at home at their North Taieri property. Photo by Peter McIntosh

Brian Anderton says racing has been his life, so a New Year honour is quite simply a ‘‘great thrill''.

OFFICER OF THE NEW ZEALAND ORDER OF MERIT

Brian Anderton
Mosgiel
For services to the racing industry

Mr Anderton (78) was born to be involved in thoroughbred racing.

His father Hector and mother Alice were household names in thoroughbred racing across New Zealand and Mr Anderton rode his first winner, White Robe, when he was aged just 13.

He started his stud, White Robe Lodge, in Wingatui six years later, then moved it to North Taieri in 1981, where he and son Shane still train.

The pair have trained 815 winners together, after teaming up in the 1993-94 season. Mr Anderton won 608 races before the partnership, having gained his licence to train in the 1967-68 season.

The presence of a father-and-son training partnership is synonymous with Mr Anderton's family-based approach to the industry.

‘‘I had good parents who gave me a good steer in the early part of my life. I've had a wife [Lorraine] that's supported me and my children and now our grandchildren. I've been very fortunate really.''

His daughter Karen and son-in-law Wayne Stewart run the stud, with assistance from their son Jack, and grandson Jake Lowry is a promising apprentice jockey.

Mr Anderton was first recognised on a national scale by the thoroughbred racing industry when he was given the inaugural award for outstanding contribution to racing excellence in 1993.

He was inducted into the Racing Hall of Fame in 2012.

Mr Anderton not only trained the 9-year-old gelding with his son Shane, but co-bred him with his wife and part-owns him with old friend Terry Burke.

Mr Anderton is a past president of the Otago Racing Club and is still a committee member. He is also a life member of the club.

‘‘I've seen lots of decisions I didn't agree with and I thought there's no good talking from the sideline so I put my penny's worth in.''