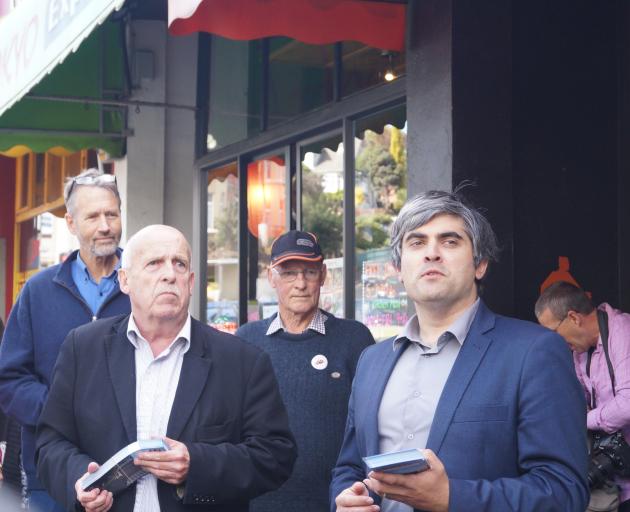 The Dunedin City Council is leading a campaign to keep the city's hospital facilities in the central city, but one Dunedin-based MP has labelled it"premature''. 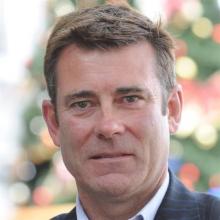 The "Save our Site'' campaign was launched outside The Fix cafe on Frederick St on March 24, led by city councillors Aaron Hawkins and David Benson-Pope.

Cr Benson-Pope said the ideas of rebuilding the hospital facilities at Wakari Hospital, a greenfield site or scattering the services across the city needed to be taken off the table and a commitment made to keep the facilities in the central city.

However, National list MP Michael Woodhouse said the campaign was "premature'', as there was not enough information available yet to be concerned about location.

He said it was "quite clear'' a council-led ratepayer-funded political campaign was being run by former Labour cabinet minister Cr Benson-Pope and supported by Labour MPs in the city.

In replying to "several hundred emails'' since Friday, Mr Woodhouse said there had been a misunderstanding about government promises concerning the hospital, which were"extremely important'' for the public to understand.

"The Government's already committed to the redevelopment, of that there is no question,'' Mr Woodhouse said.

Cr Benson-Pope had been "quite thrilled'' by the turnout at the launch, as the council had not drummed up support for the meeting, and compared the campaign with the 2010 effort to keep Dunedin's neurosurgery department in the city.

Cr Christine Garey said people only had to have a loved one use the emergency department, or have visited someone in the hospital to know the central location was important.

Cr Aaron Hawkins said it was not a council campaign, but needed the momentum of residents to power it.

"This isn't a council campaign, this is a city campaign.''

Mr Woodhouse used the example of the ongoing Christchurch Hospital rebuild, saying that even under pressure it was still taking several years to complete.

"It's a very complex process.''

He said people needed to have "a little more patience'' about the timeframe and expected more information to be available in late June or early July.

Cr Hawkins states that this is not a council campaign. Yet it was initiated by a council resolution (as he knows because he seconded it) and fully funded with DCC money. I wonder if he is now publicly repudiating DCC responsibility for this campaign because it is now becoming more apparent that local government is legally required to be politically neutral. I cannot see any legitimate or legal way ratepayers' funds can be used for political campaigning like this but maybe that is a matter for the Office of the Auditor-General to decide. DCC should have got legal advice before the event. Might turn out more expensive having to get it after.

Well said, IMO from the Mayor, to old councillors need to be audited and looked at through a microscope, they do what they want and when they want, expect the rate payers to go away when voicing our thoughts. There should be no political party alignments, otherwise it just shows they are there for themselves to further themself up their chosen political party and not Dunedin. Time Dunedin moves forward and the old school thoughts of the council retire - enough is enough.