A Dunedin man who was "just doing what I had to do'' will be publicly acknowledged for his bravery on Tuesday. 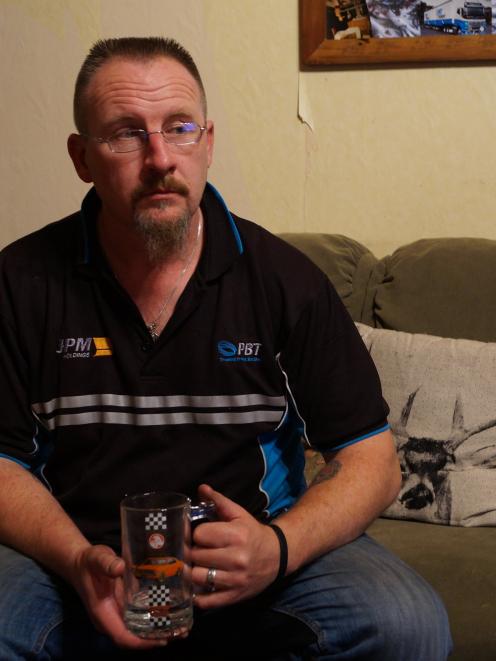 More than three years since he rushed to his neighbour's home to try to save Bradley and Ellen Livingstone, Chris Foot will receive a New Zealand Bravery Decoration. PHOTO: JESSICA WILSON
Chris Foot was an ordinary man who found himself involved in an extraordinary tragedy on January 15, 2014.

When Edward Livingstone burst into the St Leonards home of his estranged wife Katharine Webb and their two children Bradley (9) and Ellen (6) with a shotgun and a container of petrol, Mr Foot rushed over to try to help the children.

Livingstone took aim at Mr Foot but stumbled, causing the blast to miss him.

Mr Foot ran back to his home to grab his boots to try to kick in the glass door to gain entrance into the home. When he returned, he found Livingstone and the two children dead.

Now, more than three years after the tragedy, Mr Foot will travel to Wellington to accept his New Zealand Bravery Decoration and has been invited to have dinner with Governor-General Dame Patsy Reddy.

The decoration is awarded for acts of exceptional bravery in situations of danger.

The 42-year-old said he was humbled by the award.

"I don't think that I'm a hero myself. It's a bit overwhelming.

"The whole thing, I've said from the start, is not about me. It was about what happened to Kath.

"If anything, I'd just take it as a memorial for her kids in memory of them. I just did what I had to do.''

Although he tries not to think back to that night three years ago, he is reminded of the tragedy in some way most days.

"You can let it eat you up inside, let it affect you or ... you can try and deal with it the best way you can.

"You sort of want to block it out, put it in the back of your mind but sometimes talking about it can help.''

After having time to think it over, there was nothing he would have done differently, he said.

"As soon as I was alerted that there was something going on, I was over there in a flash.''

There was nothing more that he could have done, he said.

Mr Foot will take time off from his job as a truck driver to attend the awards.

His employer, JPM Holdings, had been supportive throughout the past three years.

"Hopefully, [I] never have to go through something like that again.

"At the end of the day, I just keep on trucking.''