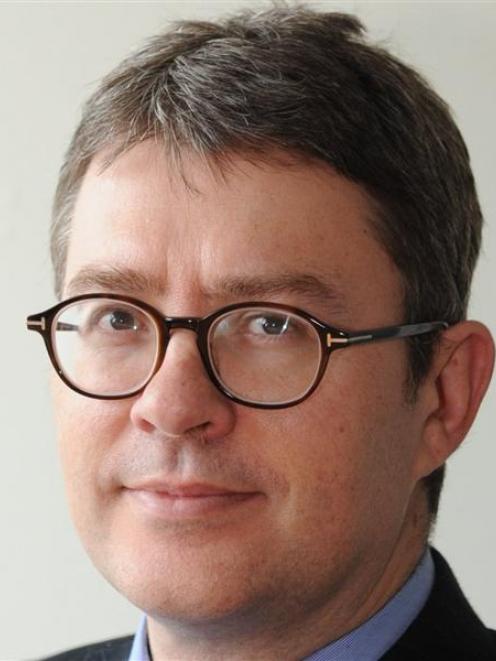 Paul Orders
An interim leadership arrangement for the Dunedin City Council's finance team is expected to be announced early next week, following the departure this week of the general manager of finance and resources.

It seems Athol Stephens was a casualty of the council's continued cost-cutting drive led by chief executive Paul Orders, although the full story behind the senior manager's departure is still unclear.

Mr Stephens, a member of the council's executive management team, announced on Thursday he was leaving. Yesterday was his last day.

Mr Orders has declined to elaborate on the reasons for Mr Stephens' departure, other than what was said in a joint statement they issued on Thursday.

He continued that line yesterday, refusing to discuss whether Mr Stephens was due a severance payment.

However, he would make an announcement on Tuesday or Wednesday on interim changes to the council's finance team. It would be several more weeks before details of a new, permanent structure for the department were announced. Mr Stephens did not return calls yesterday.

There has been some speculation his exit was the result of the council's operational restructure, but also that the perception from some quarters that Mr Stephens was too close to Dunedin's controversial stadium project may have played a part.

Mr Orders said yesterday the stadium did not play a part in Mr Stephens' decision.

Mr Orders' work to reduce the council's operating costs has resulted in millions of dollars in savings in the past 18 months. Mr Stephens is the third top-tier manager to depart, with another two accepting voluntary redundancy, since Mr Orders' arrival in 2011.

Mr Stephens was with the council for 17 years.

The council's financial strategy for the next 10 to 15 years focuses on reducing debt levels.

Cr John Bezett said Mr Stephens had to be given a great deal of credit for the council managing to maintain a good credit rating and some of the lowest metropolitan rates in the country while also guiding it through many major capital and infrastructure investments in the past decade.

Among other major projects, they included upgrades to the Otago Museum, Toitu Otago Settlers Museum, the Edgar Centre, the Regent Theatre, the Dunedin Centre, the Tahuna treatment plant and the building of Forsyth Barr Stadium.

''Athol has done all of that and maintained a stable situation,'' Cr Bezett said.

''He has huge respect from the staff. He is a thoroughly nice man and I'm really disappointed he is going.''

He said the staff changes at the council were part of the restructure of a council that badly needed to cut its ''enormous and unsustainable'' operating costs.

He praised Mr Orders' efforts in that direction thus far, although he was disappointed the changes were happening so slowly and said there were plenty more jobs that needed ''to go''.