Job fears as stadium contract goes out of town 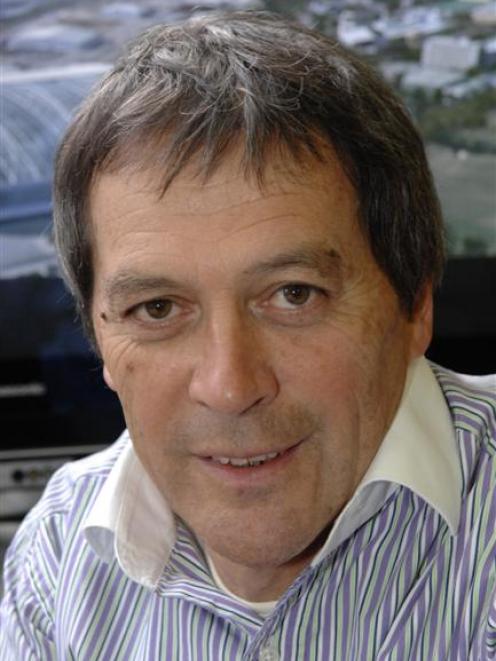 Ian Taylor.
Dunedin businessmen say jobs will be on the line after an audiovisual contract at Forsyth Barr Stadium was awarded to a recently formed, out-of-town company with links to a former Australian bankrupt.

It was confirmed last week DV Audio Visual Ltd had been signed as the preferred provider for audiovisual services inside the stadium.

The decision by Dunedin Venues Management Ltd - which runs the stadium and other Dunedin venues - left the owners of Dunedin companies Strawberry Sound and Southern Lights and Services fuming last week.

Both told the Otago Daily Times they were concerned the move could be replicated at other DVML-controlled venues, including the town hall, and lead to job losses for their employees.

The decision also prompted prominent Dunedin businessman Ian Taylor - a supporter of the stadium - to criticise the apparent lack of support for Dunedin companies.

He said his support for the stadium was based on the belief it would be beneficial for Dunedin businesses.

"It [the stadium] is owned by us. It's actually our stadium. A priority should be given to local businesses to be involved in it," he said.

"I don't want to call the stadium into question ... but I can't stay quiet on something like this."

It also seemed DVML had ignored its own tender document, which asked each company making a bid to provide - among other things - details of their turnover over the past five years, he said.

Mr Taylor said he was worried the company was linked to In House Productions, which was headed by director and shareholder Adam Clark, formerly of Melbourne and now based in Queenstown.

Mr Clark was accused of leaving investors millions of dollars out of pocket while in Australia in the early 2000s, leading to a class action, but he avoided prosecution. He was declared bankrupt in 2007, after the failure of another business venture.

Earlier this year, former DVML chief executive David Davies confirmed Mr Clark and In House Productions had been working at the stadium.

Mr Taylor said he had heard nothing more until recently, when he discovered DVML was promoting DV Audio Visual Ltd as its preferred provider for audiovisual work.

Mr Taylor believed the newer company was merely a "rejigged" version of In House Productions.

Companies Office records showed In House Productions listed Mr Clark as a director and shareholder, but DV Audio Visual Ltd does not.

Both companies list Ian Paterson, of Queenstown, as a director and shareholder. Linda Clark, of Black Rock, in Australia, is also a shareholder in both companies.

The ODT has been told Linda Clark is Mr Clark's mother, and several businessmen spoken to claimed Mr Clark was still working for DV Audio Visual Ltd behind the scenes.

Mr Clark could not be contacted last week.

Mr Paterson declined to respond to the latest claims when contacted at his Queenstown home last week.

He was asked about links between the companies, Mr Clark's involvement and concerns raised by Dunedin businesses, but referred all comment to DVML.

DVML chief executive Darren Burden was not available for an interview, but a spokeswoman responded to a list of questions, defending the contract process.

"Dunedin Venues followed a robust procurement process, which included the appropriate legal checks. Dunedin Venues is satisfied with the due diligence that was completed and happy with the outcome."

Strawberry Sound owner Mike Pearce, of Dunedin, confirmed he had bid unsuccessfully for the work.

He was still waiting to hear details of DVML's deal with DV Audio Visual.

His company employed 15 full-time staff and up to 12 casual workers during peak times.

If details of the contract were correct, "certainly there's no question it would put jobs at risk", he said.

Michael Cracroft-Wilson, of Southern Lights and Services, said his company had been in Dunedin for eight years, and would face job losses if work was lost.

He employed four full-time staff and between 10 and 30 casual workers, depending on events.

"If we don't get the jobs, I can't keep the people ... It will have a major impact on businesses in this town."

He claimed there had been problems with DV Audio Visual's work, including inadequate equipment provided for last month's mass zumba party at the stadium.

Strawberry Sound staff had been called in to fix the problems because DV Audio Visual had no staff in Dunedin at the time, Mr Cracroft-Wilson said.

Mr Taylor said he understood DV Audio Visual had offered DVML a commission to help secure the contract, but believed the deal would prove to be bad for the stadium.

The commission would have to be recouped elsewhere, either by higher charges for stadium users or savings that reduced quality, he claimed.

"You either charge more or you deliver less. Both things are not to the good of the stadium."