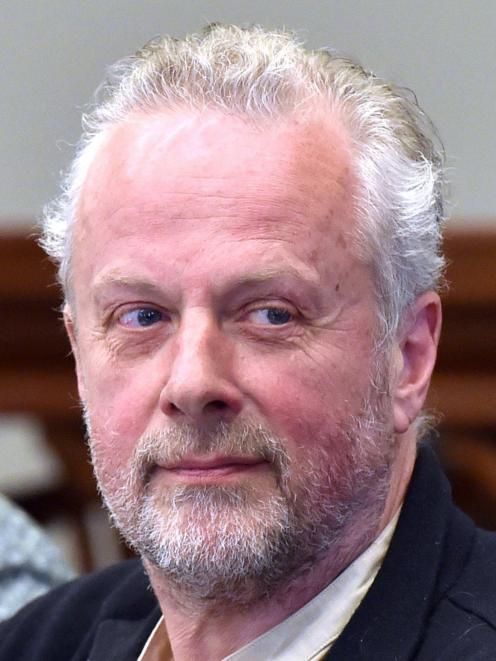 Lee Vandervis
Dunedin City councillor Lee Vandervis has failed in a legal battle which stemmed from a $12 parking ticket.

However, the outspoken veteran representative says he is already considering an appeal of Justice David Gendall’s decision to dismiss his application for judicial review.

On September 13, 2019, Mr Vandervis’ vehicle was ticketed for exceeding the half-hour time limit where he had parked.

"That relatively innocuous event was the catalyst for what followed," the judge said in his recently released judgement.

Mr Vandervis said he had paid $4.20 for an hour’s parking and the signage that it was a 30-minute maximum zone was not visible from the footpath.

His indignation led to him complaining to a council staff member at the reception of the Octagon customer services desk.

"His manner during this exchange was aggressive, and his voice was raised the whole time," the staff member said.

"He was leaning over the counter trying to intimidate me and waving his finger at me.

"I tried to remain calm and explain there are processes in place, but this seemed to get him more riled up."

Her complaint about the councillor’s behaviour was referred to the chief executive at the time, Sue Bidrose, who directed independent investigator David Benham to assess the matter.

After his final report was filed, councillors unanimously resolved to issue Mr Vandervis a written censure for the breach of the code of conduct.

In reaction, Mr Vandervis filed for a judicial review with the High Court at Dunedin, alleging the council "erred significantly in that it failed to comply with both the settled requirements for the process and the principles of natural justice".

Among his specific complaints were that the council had not appointed a panel of investigators as it was legally bound to do, and there were several criticisms of Mr Benham’s investigation into the matter.

"I am satisfied ... that Mr Benham generally took appropriate steps and carried out his full investigation process on a reasonable and objectively fair basis.

"And, I conclude also, as I amplify below, that Mr Vandervis had ample opportunity to refute the claims against him, in particular in his lengthy interview with Mr Benham and then later in his appearance and the statements he made before the full council meeting," Justice Gendall said.

While it was not a major issue at last month’s hearing, there were suggestions the story was leaked to derail Mr Vandervis’ mayoral prospects.

Justice Gendall said there was no evidence of who provided the material to the Otago Daily Times "or the newspaper article was politically motivated, or that the timing of these events was in any respect significant".

Mr Vandervis was scathing of the judgement.

"Justice Gendall’s series of decisions now makes it dangerous for any elected representative to complain of any council staff member not doing their job, as this complaint can be ignored by staff and replaced with an anonymous code of complaint against the representative instead," he wrote on social media.

"The already constrained job of being an active elected representative has now become more restricted and open to anonymous attack. It is becoming fruitless to try and fight or complain of City Hall."

The parties were left to organise costs. If they could not come to an agreement, the issue would come back before the court.

Sandy Graham, who replaced Dr Bidrose as council chief executive, said the council was limited in what it could say while the decision was subject to an appeal period.

"The court rejected all four grounds for review and overall found that no significant errors of process or natural justice occurred in the code of conduct process followed by the council."

The council had not yet considered its position when it came to costs, but was aware the starting point following a judicial review was that the unsuccessful party would pay a proportion of the successful party’s costs, Ms Graham said.

Ms Graham said if councillors had any concerns about its code of conduct, which sets the process for managing internal issues, they could propose amendments at any time for the full council’s consideration.

Talk about making a mountain out of a molehill...
12$'s and off he goes again on another rant that the world is against him.