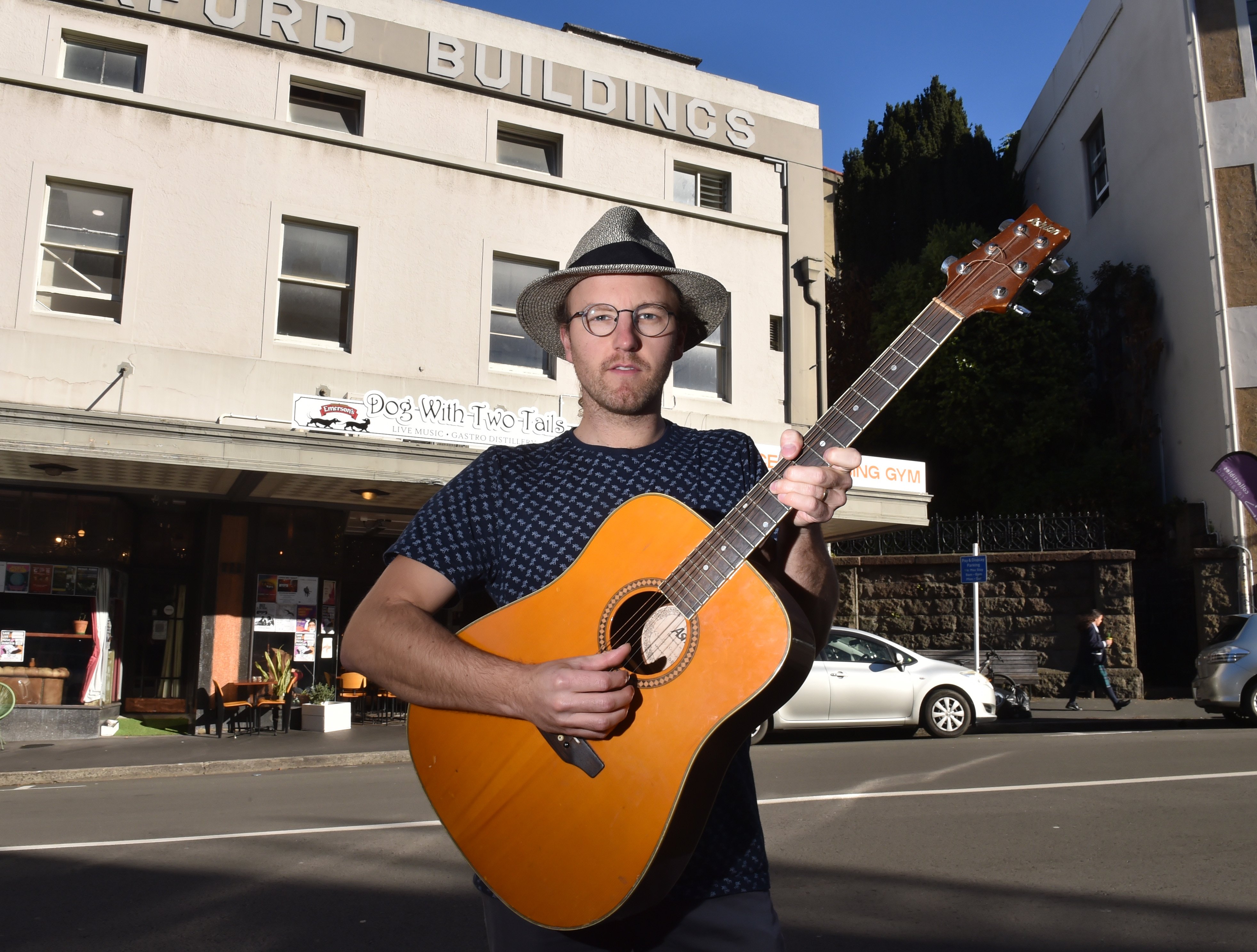 Dunedin music venues operate under a climate of fear about possible noise complaints, Michael Morris, of Dog With Two Tails, says. PHOTO: GREGOR RICHARDSON
Dunedin's music scene is at risk of being held to ransom by a few people complaining about noise, a city venue has warned.

"Under the current system, it is possible for a single noise complaint to close down an entire live music event," Dog With Two Tails events manager Michael Morris told Dunedin city councillors at a 10-year plan hearing yesterday.

A contracted security guard would make a subjective judgement call on whether noise was excessive, he said.

"With this system, all local live music venues are forced to operate in fear of being disciplined by a single opinion."

The nature of the system has been in the spotlight since noise control shut down a folk show at Dog With Two Tails on April 9 and police were called.

Police arrived with an order to seize equipment, but did not carry it out.

The Dunedin City Council has conceded some aspects of the noise assessment carried out in response to the complaint "fell short of requirements, and we have discussed this with our contractor", a council spokesman said.

"We have also apologised for this in discussions with representatives from Dog With Two Tails."

Wayne and Billee Marsh, owners of apartments next to the venue, have also criticised the system and its implementation.

They have said their tenants are affected by excessive noise and, in an enclave of residential properties, conflict about amplified music seems inevitable.

Mr Morris said the system imposed a threat, "where any event can be abruptly discontinued at the request of a single begrudging neighbour".

Some performers were wary of travelling to the city in case their event was curtailed, he said.

"The risk of shutdown has a drastic effect on a touring act’s ability to take a punt on performing in Dunedin."

"Stadium headliners began on small stages and a city without small venues will result in a future with no bigger acts."

Ombrellos Bar owner Ed Lobo also had reservations about a system he said was complaint-based and
confrontational.

He asked the council to start a dialogue with venues, the music scene and its neighbours.

A petition asking for protection of venues, artists and entertainers to be built into Dunedin’s regulations has attracted more than 1500 signatures.

Save Live Music Dunedin and Dog With Two Tails will host a forum about noise control regulations tomorrow.

The forum at the Moray Pl venue will start at 5pm.