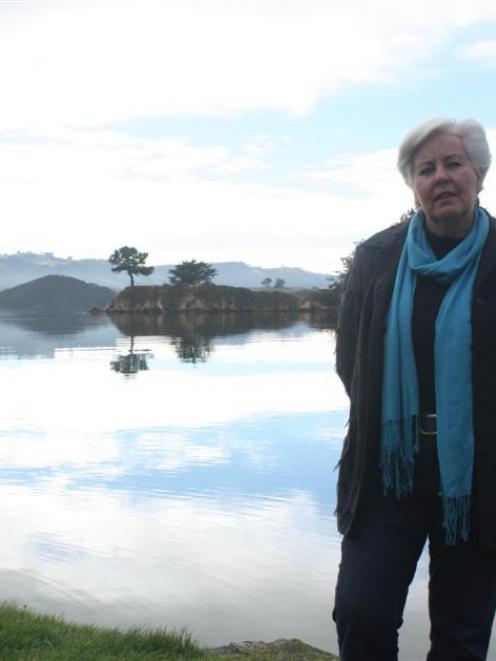 Otago Peninsula Community deputy chairwoman Christine Garey says changes to community board pay rates fail to value the work of board members. Photo by Tim Miller.
Dunedin Community Board members are concerned recent cuts to their salaries are a threat to democracy.

Some board members spoken to by The Star said no-one put themselves forward to be on a community board for the money, but they were divided on whether decreases would put people off standing for election.

The New Zealand Remuneration Authority recently published the new salaries, following a review of the system that pays elected members of local bodies. Under the changes, board members will be paid a base rate depending on the area they serve, down from the current rate of $8166 for a member.

Deputy chairmen, who were paid $9190, will now be paid the same as other members.

Because of population, Mosgiel-Taieri Community Board members will receive a slight pay increase,from $8166 to $8500. The chairman's pay will increase to $17,000.

''I do worry about democracy in terms of this,'' she said.

''There will be no incentive to stand.''

The workload of boards had increased but the money had decreased for the past three years. This showed the work was not valued, Mrs Garey said.

Waikouaiti Coast Community Board chairman Gerard Collings said the decrease had been less than he anticipated.''

No-one around the table is in it for the money. I think the remuneration levels as they stand are about right.''

Mr Collings did not believe the decrease would have any effect on community members deciding to stand for the boards.

Mosgiel Community Board chairman Bill Feather said there was not much board members could do if they objected to the changes, as the decision was already made. Mr Feather said he could not speak for everyone but he thought most people stood for their community boards because they wanted to help and make a difference in their communities.

Saddle Hill Community Board chairman Keith McFadyen said board members committed a lot of time and effort to representing their communities, often at the expense of work commitments.

While members did stand on boards for money, it was not acceptable to be out-of-pocket for such work, Mr McFadyen said.

Port Chalmers Community Board deputy chairman Steve Walker said the cuts were a part of a downward trend the boards were powerless to do anything about. If the decreases continued, any incentive to stand would be obliterated, he said.

''It's almost getting to the point where it will cost you to stand.''

The changes would have an impact on people who have considered standing for election to a board.

Dunedin City Council governance manager Sandy Graham said the council had no say about the amount elected officials were paid as it was decided by the Remuneration Authority, whichhad decided to pay community board members based on population they served.

One change which might affect people's decision to take on roles was the scrapping of the additional pay for deputy chairmen, she said. So far, no-one had contacted the council to discuss the changes, Ms Graham said.