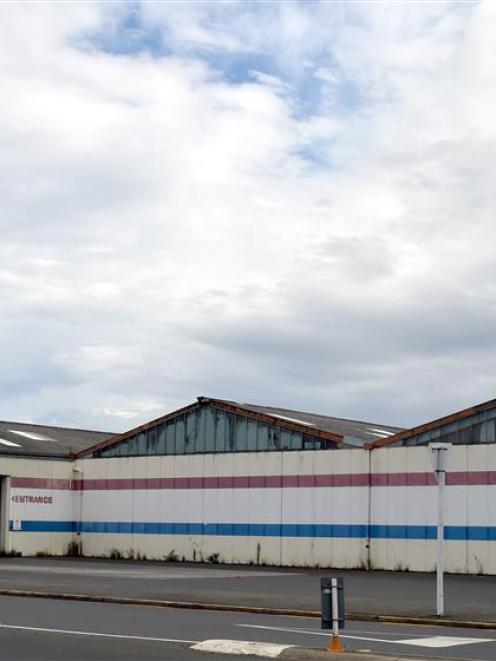 The formerly proposed site. Photo by ODT.
Foodstuffs seems unlikely to proceed with its planned $3 million to $3.5 million Raeward Fresh store in South Dunedin but is not ruling out finding another site in the wider city on which to operate the branded outlet.

Foodstuffs property and retail development general manager Roger Davidson told the Otago Daily Times yesterday the grocery co-operative had its business model changed by the Dunedin City Council to suit a purpose - a purpose he did not understand.

"We have already gone to significant expense to get the application to this stage and based on the stipulation made, we are now faced with going through the costly court process to re-establish what its business model is.''

The council's hearings committee granted resource consent for Foodstuffs' Raeward Fresh store and cafe, but included a condition limiting it to the sale of fresh produce, flowers, fresh meat and meat products.

That was perplexing when the hearing commissioners stated in their decision the effects of the development on the surrounding environment "are no more than minor'', he said.

"Unfortunately, this means we have no option but to reconsider our investment and explore other opportunities that present themselves, something which we believe is a real shame for the South Dunedin community.''

There was a Raeward Fresh in Queenstown, one in Nelson and three in Christchurch.

"Our desire is to bring this brand to Dunedin.''

Foodstuffs was now working with its planners to establish the costs and logistics associated with either continuing with the Raeward Fresh proposal, pursuing the issue through court or looking for a different site. Securing another site was the preferable option, he said.

Many of Foodstuffs' most successful developments had been a collaborative approach with local government and the community, notably in Christchurch.

It appeared in the case of Raeward Fresh Dunedin there was a greater emphasis on preserving the integrity of an industrial zone over the benefits of promoting new investment and employment opportunities to South Dunedin, he said.

"To use the conditions of a resource consent to restrict the type of products a business can sell appears to go beyond the bounds of what was intended by the Resource Management Act.''

The Act was there to protect the natural and physical resources for the benefit of current and future generations and provide for social and economic well-being, not to rewrite the business models of applicants, Mr Davidson said.

"We understand the need for legislation but it needs to be balanced with a pragmatic approach that gives communities the ability to enhance their neighbourhood both now and into the future.''

Increasingly, developers were faced with more difficulties and costs as they tried to get a project under way.

Depending on whether the consent was non-notified or notified, the costs could range from $50,000 to more than $300,000 with the risk of a consent outcome that was not fit for purpose, he said.

The decision by the council hearings committee to grant consent went against a recommendation from council planner Darryl Sycamore, who said the store's retail activity did not fit the site's industrial zoning and could detract from the city's retail areas.

The written decision by committee chairman Cr Andrew Noone took into account those concerns, but noted the area was historically the base of wholesale produce markets.

"However, it has concerns the proposal is not just for a produce market as it will also involve the sale of a range of other goods, including liquor.

"While the applicant contends that it is not a supermarket, the proposed design and layout and the photography provided suggest it strongly resembles the produce section of a supermarket, with additional convenience items including liquor and a range of groceries designed to extend the range of goods sold.''

To address these concerns, the committee decided to restrict the type of goods sold at the store.

Foodstuffs is unlikely to proceed with its South Dunedin Raeward Fresh project. The grocery co-operative operates the New World, Pak'n Save and Four Square grocery brands and liquor outlets Liquorland and Henrys. It has a large warehouse close to the proposed Raeward Fresh development on the corner of Midland and Otaki Sts.