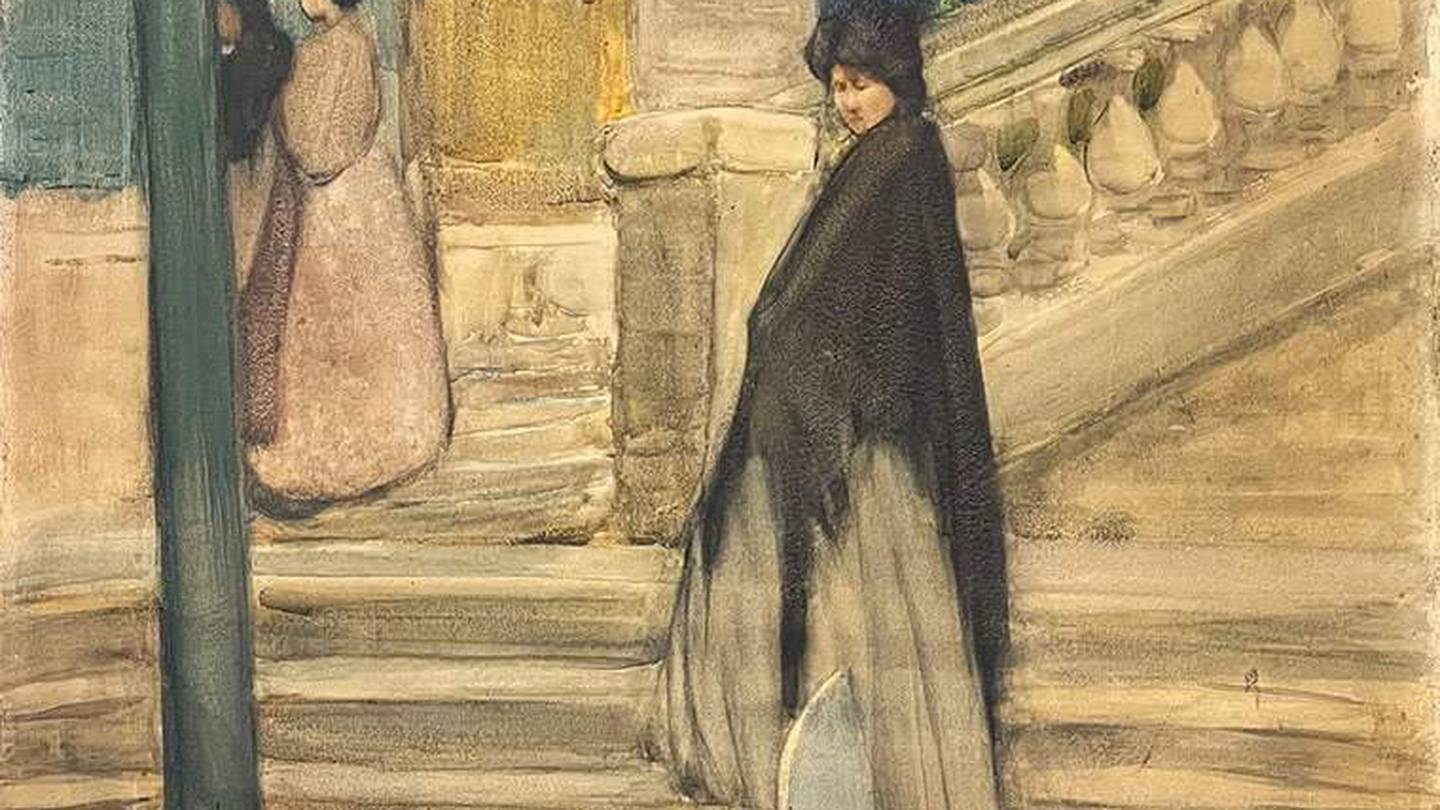 The Rialto, Venice is a painting by Frances Hodgkins, signed and dated 1906. Photo: Supplied
A newly unearthed, 115-year-old painting from groundbreaking Dunedin-born artist Frances Hodgkins is expected to fetch up to $100,000 at an Auckland art auction next week.

The Rialto, Venice, a watercolour depicting a woman climbing steps after descending from a gondola has been brought home for an Important and Rare Art auction at the International Art Centre in Parnell, Auckland next Tuesday.

Considered one of New Zealand's most distinguished expatriate artists, the Dunedin-born painter had a style that evolved from impressionistic watercolours to striking 20th century modernist paintings.

But not even experts in Hodgkins' work had known The Rialto, Venice existed.

The signed work was painted in 1906, as dated on the painting, after the artist left New Zealand to get over a broken engagement.

International Art Centre director Richard Thomson said they found out about the work only when contacted by its owners.

"We were contacted by the family in Italy which has owned the painting, possibly since the family purchased it in the early 1900s," Thomson said.

"For the family to send it back to New Zealand to be sold is just astonishing. In the history of New Zealand art this move could not be more significant."

Hodgkins expert Mary Kisler said the listing of the unknown work on the market was "enormously exciting".

The work had been framed in 1906 for a Paris exhibition, then shipped abroad, possibly to America, she said.

Its location in the years since remained a mystery, though it likely remained "quietly hidden" in Italy.

The newly discovered watercolour will be auctioned at the International Art Centre on July 27, and is listed as being valued between $70k – $100k.

Hodgkins works are in permanent collections in New Zealand public galleries, and also in Tate Britain, the Victoria & Albert Museum and the Manchester City Art Gallery.