Two years ago when the pandemic first shut us down, many of us wondered "what good can come of this?"

Clearly some of us put our heads together. 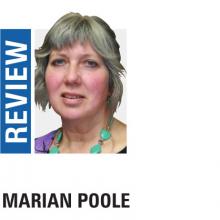 What followed Mauraka Edwards’ Mihi no ka Mana Whenua was a night of many firsts. A suite of works composed for the Dunedin Symphony Orchestra and an orchestra of taonga puoro by a school of New Zealand composers who are conversant with the special qualities of both sets of forces and able to move seamlessly between both.

They held the stage for the first half of the programme, capturing a new audience to orchestral culture in Aotearoa.

Special accolades go to the generous inspirations of composers Dame Gilliam Whitehead for her opening work Matariki, Maddy Parkins-Craig for the world premier of her New Mountain, and Ariana Tikao, Philip Brownlee and Leyton Glen for their lengthy collaborations Ko te tatai whetu and Matariki.

The closing phrases of the last of the collected works were sheer beauty. Let the prolonged roar and call of response from the audience at the close of the performance of your works empower you.

Holst’s The Planets performed by the Dunedin Symphony Orchestra and the Women of the City of Dunedin Choir under the baton of Marc Taddei revealed an entirely different and Western interpretation of the night sky.

How wonderful to be surrounded by a capacity audience for what most would agree is the birth of a new era for Aotearoa New Zealand.