Online tool to check on children 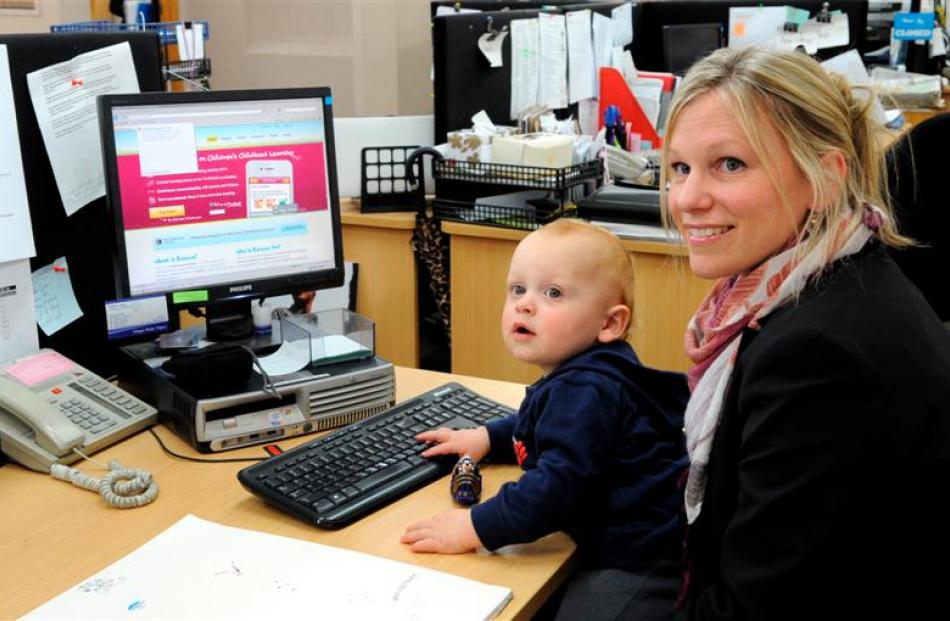 Otago Daily Times advertising consultant Esther Lamb logs on to the Educa website to see how her son Makkai developed at a preschool in Dunedin yesterday. Photo by Linda Robertson.

A new "Facebook-like" programme has been introduced by a Dunedin preschool so loved ones can watch and comment on a child's development.

Educa is a web-based portfolio of a child's development, including photos and videos, allowing parents and early childhood teachers to share feedback on the child.

The online application allowed authorised users to log in from work, home or another country, the site getting about 1000 hits from New Zealand and international users each day, he said.

Educa was being used by about 100 early childhood centres in New Zealand, 4500 children were on the system and enrolments were growing rapidly, he said.

The Dunedin preschool joined a few months ago, but the introduction had been gradual because it took time to gain consent from parents, he said.

Otago Daily Times advertising consultant and Dunedin mother Esther Lamb said she had used Educa to check the progress of her 15-month-old son, Makkai, for about a week.

Videos of Makkai blowing bubbles and interacting with older children were on the website, she said.

"I'm working full time so there is a huge part of my son's day I don't see and it's a cool way to cross over with the teachers."

The "Facebook-like" website was a good way for teachers and parents to communicate on a child's progress at school and home, she said.

Positive habit training at the preschool, such as putting dirty dishes on the bench, could be reported back to the teachers via the website when the behaviour was seen at home, she said.

The log-in details for the website could be shared with grandparents and friends so they could track the child's development, she said.

The new system was much better than the old time-consuming system of sticking photos and writing comments in a book, she said.

Any extra cost to cover Educa had not been passed on to parents, she said.